Oracle After Hours: Being a teenager: overrated 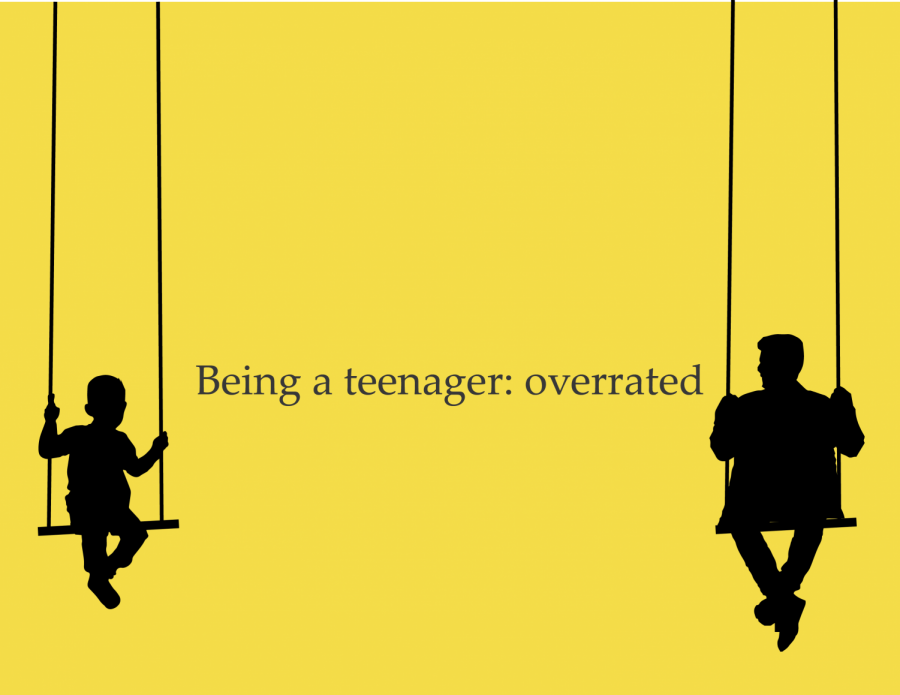 When I was in elementary school, I would wake up on a cold winter morning and rush to look out my window. The sight of snow on the ground would excite me.

I would bolt down the stairs, eager to eat breakfast as fast as I could so I could get ready for a day of playing in the snow. Building snowmen, sledding down hills, snowball fights; those were my only thoughts when I woke up. Those were the images I would fall asleep to.

Now when I wake up, I imagine all the things I need to do before I even get out of bed. I see snow and think of how much work it will be to get all of it off of my car.

I used to spend hours reading any book I could get my hands on. I would get lost in the adventures of the characters, transported to their world.

But now, I can’t remember the last time I read a book that spoke to me.

When I was younger, I  saw magic everywhere. The leaves sat on the ground, waiting for me to land in them. Clouds transformed into animals prancing and trees were hiding fairies and elves. I was filled with childish wonder and everything was a possible adventure for me to enjoy.

When I was in elementary school, I would spend so much time wishing to be older. I would play with my friends and pretend to be a high schooler, just the way we watched them in High School Musical. They are so cool! I would think.

I couldn’t wait until I was old enough to wear makeup, be able to drive or go to a party. But I am finally this age, and I wish I could be as carefree and curious as I was all those years ago.

My imagination no longer comes alive when I see fireflies and I no longer pretend that they are fairies. Instead, I just see them for exactly what they are. It is not necessarily a bad thing, but things were surely more fun when I thought there was a chance I would see the tooth fairy if I stayed up long enough.

My memories are an interesting thing, though. I cannot pinpoint an exact moment when I became too old to believe in Santa Claus or mermaids. Or when I stopped seeing animals in the clouds; or when I gave up on trying to catch my toys talking to one another.

Somehow, we all transitioned from children to young adults without even really noticing it.

Being a teenager does have its benefits. We have the freedom to drive and start making our own choices without all of the financial responsibilities that come with adulthood.

However, we often lose that carefree joy that we held when we were small. We hold on to the past and worry about the future, instead of just living in the moment and focusing on what makes us happy right now.

Now that we are older, it can be much harder to notice all the little things going on around us. We get so caught up in school, looking at colleges, sports and friends. There are a million other more important things going on in our lives that taking the time to read a book, make a fort or build a snowman can seem trivial and childish.

And yes, they can be. But such activities also bring us back to that wonder-like state we had when we were young and everything was exciting.

Imagination and creativity are important in our growing minds, and oftentimes we do not get the opportunities at this age to grow these parts of ourselves.

So who cares if people look at you because you are a 16-year-old jumping off the swings or building a snowman? Do what makes you happy, regardless of how others may see it.

I never cared about what people thought of me when I was seven years old, so why should I care now as a 17-year-old?

In the next few years, we will all leave our homes and families and go off into the world. We will become responsible young adults who are fully in charge of our own lives. The final remnants of our childhood will be officially over, as we will no longer depend on our parents or teachers to make big decisions for us.

So let’s not waste the time we have right now to still be kids, because our childhood will be over before we know it.