Black history: more than one month 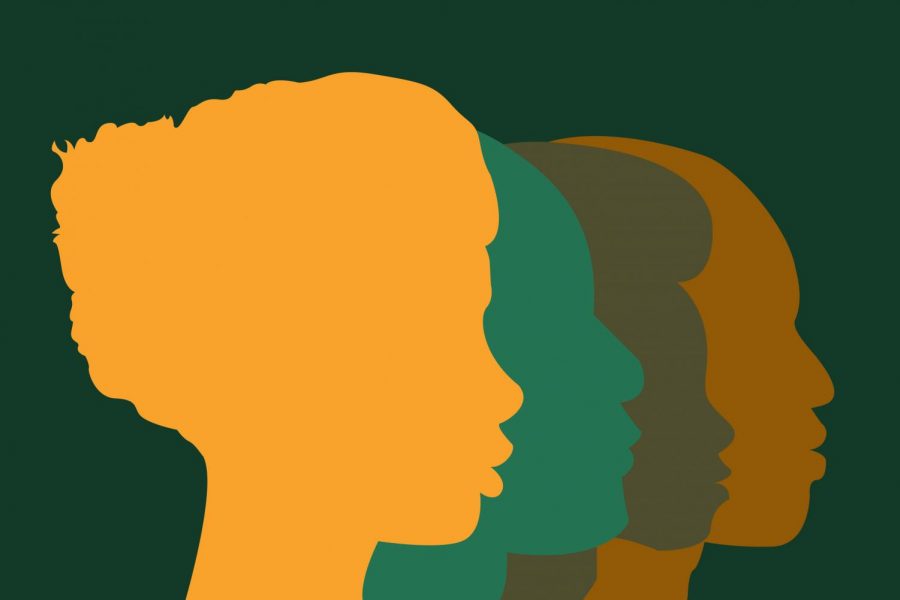 Acceptance for everyone at South is an expectation for all students and faculty. This appreciation of one another is exemplified during Black History Month, when the U.S. celebrates the role Black citizens have had on American culture and how their influence is forever embedded into the fabric of American history.

Achieving equality has been an endlessly daunting task not only throughout the country’s history, but within the walls of South. While history classes aim to dive deeper into educating students about this significant part of U.S. history, some groups’ histories and stories (including Black Americans and/or African Americans) are not recognized on a regular and consistent basis, but merely focused on during specific months.

While classes such as Pacific Rim, Latin American and Urban Studies start to educate students on the significance minorities play in American history, other groups, like Black Americans, are largely ignored. Senior Kinijah Perkins, a member of the Black Student Union (BSU), wants Glenbrook South to include African American history not as an extracurricular, but as a history class with its own curriculum.

The Oracle Editorial Board urges the Social Studies Department to incorporate a more in-depth examination of Black history into its U.S. history based curriculum (along with additional electives). Furthermore, appreciation for the historical significance of Black history should be shown on a consistent basis rather than solely during the month of February.

Senior BSU President J Betts wants to see Black representation in required courses such as history and English. They not only want discussions about the events that occured in the past, but how those events and present day racism are still impacting Black Americans.

“Black history is not just a thing of the past, and the way it’s taught should align with that,” Betts said. “I’m tired of seeing black and white photos and only speaking in the past tense about Black history. It shouldn’t be taboo to discuss the Black Lives Matter movement in regards to its impact on American culture. It shouldn’t be frowned upon to address the modern impact of racism on Black Americans, because to do so would be to ignore the realities faced by students like me at South.”

The Editorial Board acknowledges that teachers and administration have taken steps to be inclusive of Black history, especially during February, and BSU sponsor Andrea Ball-Ryan pointed out how South expresses the fundamentals of creating an inclusive environment.

“Since I’ve been here, the teachers and administrators have been very supportive and intentional about celebrating, learning and acknowledging Black history and culture when the opportunities have presented themselves,” Ball-Ryan said.

However, the Editorial Board urges the Social Studies Department to further explore the history of Black Americans in units where connections may sometimes be overlooked. Emily Ekstrand, Latin American history teacher and Students Organized Against Racism (SOAR) sponsor, expressed an interest in expanding the coverage of U.S. History classes beyond discussions of slavery and civil rights.

“I know that U.S. History [tries to do a lot] with Black history as it’s very centered on the experience of enslaved people [and] there’s a big unit on the civil rights movement,” Ekstrand said. “I really would love to see more coverage [of], instead of just covering the Black experience when it comes to slavery or civil rights, the Black experience infused in units where we don’t usually see it. There have always been Black people in this country. Let’s look at their experience through every moment in history.”

“Glenbrook South has done a good job at acknowledging Black History Month, but from my eyes, it’s our African American students who are making things happen for the month of February,” Perkins said. “We [BSU members] create ideas and activities to get the student body involved in understanding the importance of Black History Month.”

While the Social Studies Department provides material and extracurriculars which explore the historical importance of different ethnic and racial groups, the lack of in-depth exploration of Black history on a consistent basis should be reevaluated and, according to Ekstrand, should be taught through an adjusted angle.

“It’s not even so much about inclusivity; [it’s more about] equity,” Ekstrand said. “How do we infuse our lessons with a deep understanding of the historical inequalities. Black/brown students don’t need to consistently study how their people have suffered. [White students don’t need to hear that either] because what that does is leads white kids to be like ‘we are the saviors’ and I’m not about that.”

Similarly, Perkins stated that getting more consistent recognition from the Social Studies Department would be beneficial for all GBS students to understand and be aware of how seriously the month of February is taken.

“Teach Black history, simple. Black history is American history,” Perkins said. “Students should learn throughout the year and throughout all disciplines about the accomplishments, experiences and perspectives of Black people.”