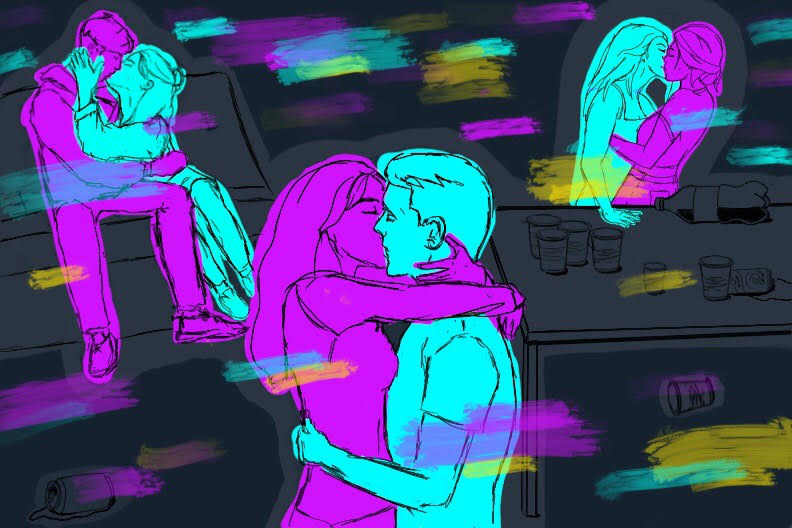 Whether or not we would like to admit it, hook-up culture is a thing. A relatively prevalent thing, for that matter.

In a 2015 study presented by the American Psychological Association (APA), “the most recent data suggest that between 60 percent and 80 percent of North American college students have had some sort of hook-up experience.” In another sample of 7th, 9th and 11th graders, 32 percent of the participants had experienced sexual intercourse—about one-fifth of that sample reporting that this sexual encounter had taken place outside of a dating relationship (APA).

While this may be an uncomfortable topic for some, it’s important to define what exactly hook-up culture is. The APA describes “hook-ups” as “uncommitted sexual encounters”—anything ranging from kissing to some form of intercourse. These encounters often transpire without any desire for a traditional relationship.

Now, you may ask yourself: Why should someone care about hook-ups in general? This is a valid question, and I can’t disagree with the fact that all people are entitled to their own beliefs, morals and actions. But what I can say is that this “hook-up culture” most definitely has its consequences.

For one, my generation has become so desensitized to the idea of relationships, believing that it’s not worth our time and energy to commit to someone. It’s true that we aren’t fully mature by the time we enter high school, but I also think it’s the process, the trial-and-error, the ups and downs that make growing up so great. Having someone to count on for both a friendship and a sense of affection can truly help us better ourselves in the long run.

So, what exactly is the appeal to such meaningless hook-ups? Why wouldn’t anyone want to have one loyal and consistent partner in a reliable relationship? As it turns out, most young people purposefully avoid this—commitment, that is. In fact, it’s a common practice for millennials and Generation Z to ditch the offer of dating for a quick, easy alternative. Many believe hook-ups are great because they essentially come with no strings attached while also offering the physical benefits of a relationship, as expressed in various interviews with those involved in the APA study.

As if this wasn’t enough to encourage this practice among teens, pop culture nowadays has popularized books, films and TV series showcasing the lives of young people infiltrated by parties, alcohol, drug use and, most evidently, hook-ups.

Even as we look back at where American society stood 100 years ago, the average American lifestyle has changed quite a bit. Beginning in the 1920s, with the upsurge of automobiles and the increase to entertainment access outside of homes, teens and young adults were provided with the perfect escape to explore their sexuality more freely, beyond a parent’s watchful eye.

This leads me to my second point: Hooking up tends to paint some people in the wrong light, specifically girls. While guys tend to be praised for having the highest “body count,” women are subjected to derogatory terms, statements and reputations.

It’s this hypocrisy that makes hook-up culture often progress into something so toxic.

Even in the “real” world, social media platforms and news outlets are constantly catching us up on the weekly hook-ups in Hollywood. We can’t help but want to try out these lifestyles for ourselves, even if it means we’ll regret it later on in the future.

So, as you continue your high school journey, it’s important to keep in mind the consequences of your actions as a whole.

Sure, hooking up isn’t the worst thing someone could engage in, as it’s ultimately their choice what they do with their bodies.

But by recognizing the potential harm caused by this culture, we can further eliminate its effects on young people and future generations.