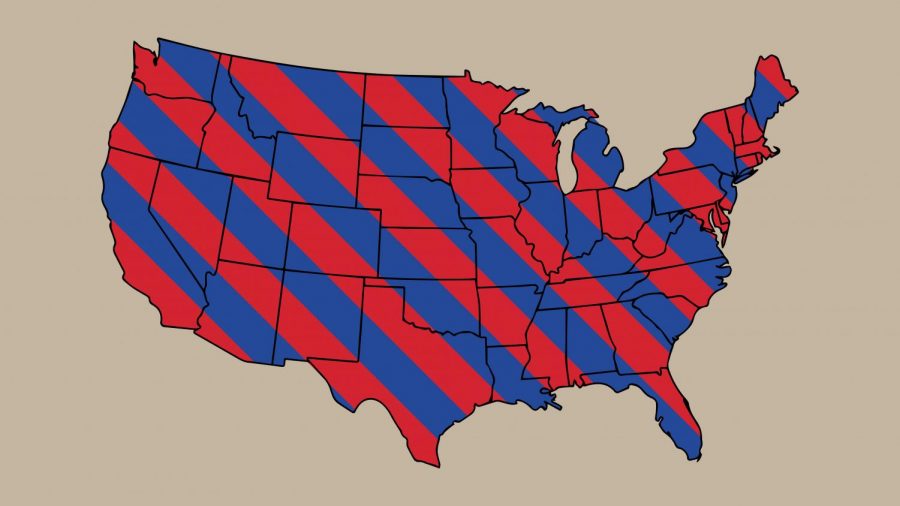 I have read my fair share of “Why can’t we all just get along?” articles. In deeply divisive times, nothing feels more comforting than the bowl of “chicken noodle soup” that is a column about the importance of agreeing to disagree.

This is not that column.

I’m aware that writing anything that could be interpreted as “against bipartisanship” in one of the most deeply divided moments in modern history is not the unifying “chicken noodle soup” for this moment. Opposing ends of the political spectrum feel miles away from each other, and it causes genuine stalemates in political progress.

I know that I’m running towards a forest fire with gasoline.

To put it more aptly, I know that I’m going into a Supreme Court Nomination Ceremony with a cough and high fever ready to shake some hands.

Bipartisanship has been somewhat of an American virtue, looped in with liberty, justice and high military-spending. The idea of those with different party alignments sitting around the same table, agreeing to disagree, is an oft-utilized symbol of American spirit

Talk to anyone and everyone. Read articles to your heart’s content. Watch different news channels. Read columns by a 16-year-old “attacking” bipartisanship for all that I care. Don’t be afraid of discussion and listening to everyone’s opinions.

I’m not saying you shouldn’t extend your hand across the aisle. I’m just advising you to take a serious look at who you’re extending it to and when it’s appropriate.

Again, if you want to agree to disagree on infrastructure or trade policy, there is always room for political discussion. Meaningful dialogue plays an important role in our democracy. However, there are plenty of topics on which compromise is entirely inappropriate.

Political opinions are an extension of your morals.

They are a direct result of how you view the world and how you want people to be treated. When political opinions blatantly disrespect human rights or the validity of basic issues, it is one of those times when agreeing to disagree makes you complacent rather than an enlightened centrist.

Don’t immediately disregard someone just because of who they decided to vote for (unless they voted for Kanye West, in which case you can feel free to act accordingly).

However, if someone chooses not to wear a mask in crowded, public places, being upset is not only allowed, it is the most rational response.

Don’t immediately disregard someone just because of what news program they watch. However, if someone doesn’t agree with LGBT – rights on principle, then being upset is not only permitted, it is the sensible response.

Have a debate about infrastructure.

Agree to disagree on taxes.

But, when it comes to the acknowledgment of human rights, sometimes respecting certain “opinions” disrespects the right of others to exist.

Few things are more important than bipartisanship and compromise, but equality is one of them.

Bipartisanship is an American virtue for a reason.

Seeing the perspective of others and finding common ground is at the heart of democracy and collaboration, but on certain issues, like those of race and equality, there is no room for disagreement.