“We are better than this.” Homophobic viral video does not define South 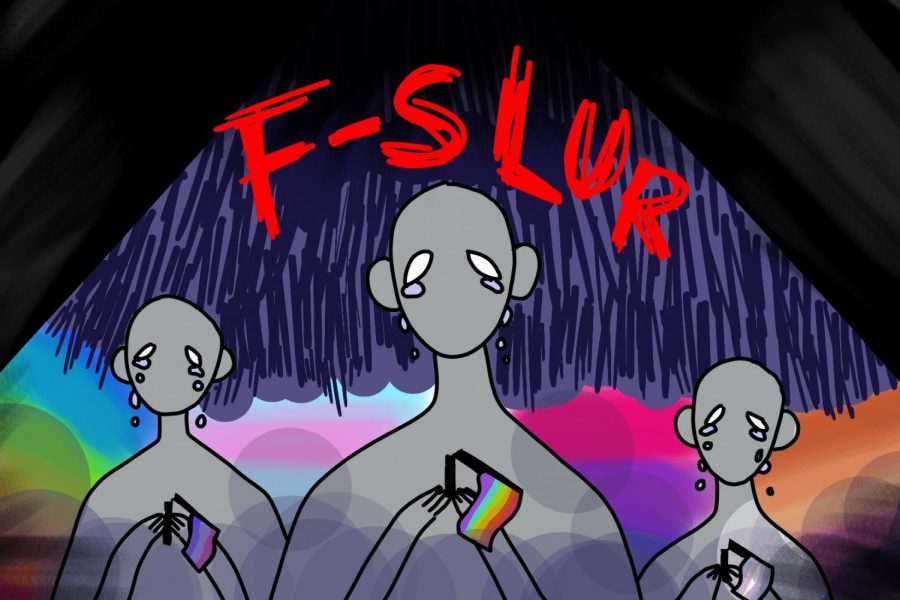 The column expresses the opinion of the author and not necessarily that of the publisher, adviser, school administration or staff.

Over the past few days, I have been struggling. I love GBS and I love being a Titan. This school has meant so much to me over the last 12 years. However, on Monday, I saw a viral video that has deeply affected me.

In this video, a GBS Titan used the f-slur (f*g*ot) and LGBTQ as insults towards another member of our GBS community. While I do not condone the response of the young man who was insulted, the pain and trauma one single sentence caused is heartbreaking. This video does not represent who we are as Titans or as a Titan community. Sadly, because the video has gone viral, it is now the image of our school. That is devastating, both personally and professionally.

Every member of the LGBTQ community has dealt with the f-slur. It is a word that represents pain and trauma for every member of the community and I am no exception. When I taught at a school in Ohio, someone perceived that I was gay. I was not out. From that day on, someone screamed the f-slur into my classroom every day for four months. Fellow teachers tried to help, but the administration just laughed. Parents came into the school demanding that I be fired. I felt unsafe, and so I ran.

I fled to Chicago to be in a more accepting community and to feel less afraid. Unfortunately, this week’s video brought all of that back. It brought back the fear, the regret of ignoring the LGBTQ kids at my former school who needed an ally and the feeling of being unsafe at my own job.

Sadly, this video isn’t the first time this word has been used at GBS. This word is used in the hallways almost daily. It is said between friends who are “joking.” Yet, this word is not a joke. This word carries hurt and trauma. This word represents murder, pain and fleeing for safety. This word reminds every member of the LGBTQ community of their trauma every time they hear it.

It is time that as Titans, we stand up to end the f-slur. We need to eliminate the use of this word in our school and from our student body.

We need to unite to stop causing pain and damage to students and teachers.

It is time that we call friends out for using this word and remind them that isn’t who a Titan is.

No matter our personal beliefs, we should honor the humanity of each person and want the best for them. Our school has always supported those who are struggling. That is one of the many things that I love about GBS. It is time that we condemn the usage of the word and expect better of ourselves and others.