Oracle After Hours: The toxic side of TikTok 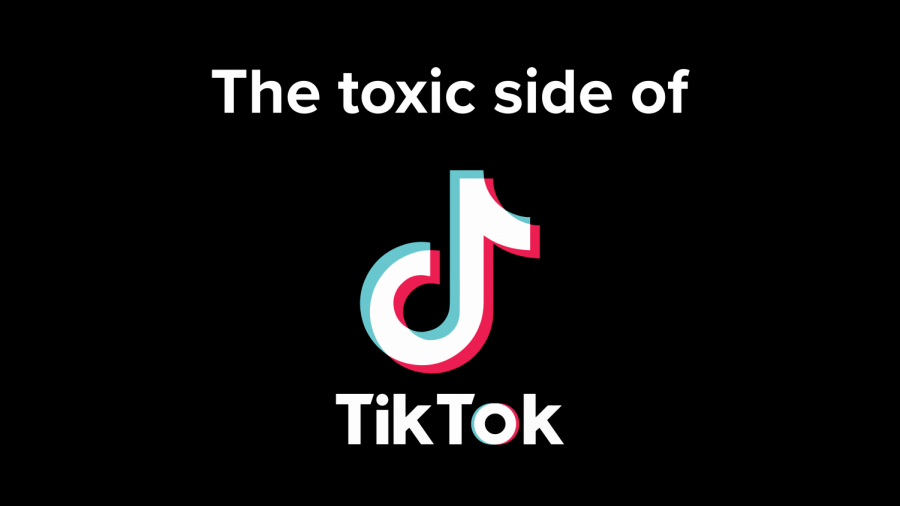 As the world around us has come to a halt, we are all searching for something to entertain us. And for most teenagers, that entertainment is Tiktok. Almost everyone either has it or at the very least knows what it is, and it has pretty much surpassed any other social media platform right now.

It is easy to understand why it has become so popular. It is free, very simple to use, and allows you to see different kinds of content from people all over the world. Trends come and go faster than you can blink, and they are made for anyone to participate in.
However, with all the great things that come from Tiktok, there are also problems that have arisen. The main problem being the amount of hate seen throughout the app.

I will be scrolling through my feed, and see a video with a normal-looking person, but when I click on the comments, they are filled with “roasts” from random accounts, trying to outdo each other on the cleverest insult.

The problem with this hate is that it has been normalized by many people: the mean comments and backlash are seen as acceptable in our culture.

I have seen countless videos of people body-shaming others- either they are too skinny, or too big, or another part of their body is put under scrutiny. When people post videos about their insecurities, they are perceived to be “fishing for compliments,” yet if they post a video of them saying they feel like they look good, they are called conceited. It can be an extremely toxic environment where the smallest mistake will have severe backlash, and opinions that go against the norm are hated on.
This new platform has allowed people to sit behind their screens and say whatever they want about other people, because there are no consequences. Their anonymity is their power, and it is something that is extremely harmful to others’ self-esteem and sense of self-worth.

Tiktok, more so than almost any other social media platform, has made hate a trend. “Who can get the funniest comment” or duetting other creators to make fun of their videos has become common, and it is allowing a new type of bullying to rise. Cyber-bullying.
On Instagram or Snapchat, the majority of “friends and followers” that people have are people that they relatively know, aside from celebrities. However, on Tiktok, anyone can follow anyone, and people can create fake or private accounts just to comment and attack other creators’ content. By allowing so much negativity to rise, more and more people are thinking it is okay to belittle or mock another person simply because it is a “trend.”

Hating on others should never be trendy or deemed normal in our culture. With all the other things that teenagers struggle with, dealing with hate from strangers is not needed.

Comments such as, “we need to bring bullying back” should not be seen as amusing or good content. While you may not agree with someone’s opinion or like what they post, tearing down their self-esteem is not doing anyone any good.

Instead, we should support trends that bring up people’s self-esteem. At a time when teenagers are struggling to grasp their identity, the last thing they need is for someone to criticize their outlet of expression. I am sure we all have experienced how much it hurts when someone points out something we already feel insecure about. So instead of focusing on that negativity, let’s remember that amazing feeling when someone pays you a compliment, and try to give that feeling to others that struggle with the same issues that we do.