Rogers reveals feminist journey through “Heard it in a Past Life” 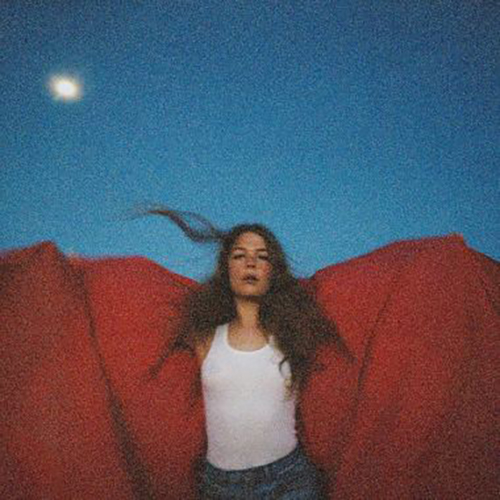 “Maggie Rogers is a witchy feminist rockstar” tweets the iconic singer, whose album Heard it in a Past Life was released on January 18. If anything can prove this statement, it’s Rogers’s new album which describes the journey of finding oneself as an artist.

While the Oxford Dictionary defines feminism as “the advocacy of women’s rights on the ground of the equality of the sexes”, misinterpretations of pop culture and media cause skewed perceptions of what it means to be a feminist. Some people mistakenly assume feminism to be the drive to claim superiority to men or assume being a feminist requires explicit demonstration of one’s dedication to the cause. Rogers— a modern Joni Mitchell— proves through her album that being a feminist can be demonstrated in ways beyond an obvious campaign for one’s belief in equal rights among sexes; moreover, she proves that finding confidence in “that space between knowing [oneself] and finding oneself” is a natural way to stand for feminine success and independence (Rogers). In her new album, she describes a two year period in this so-called journey in which she took a break from music, started a relationship, travelled between France and New York, and found her true nature as an independent female musician.

Compositionally, the album is a masterpiece which helps listeners personally connect to Rogers’s trek. It plays like a Grateful Dead vinyl in each song’s compositional connection, but it plays like no other in Rogers’s ability to lyrically highlight a step-by-step series. Her ability to rephrase clichés to sound beautiful, slyly allude to other artists and her own works, and layer her own voice in each song shows how skilled Rogers is as a musician and poet. Because the songs have these qualities, they have many purposes— they can function as songs for background music, singing, dancing, and pondering (in fact, I have done all four as I write this review).

She kicks off her album by describing the first stage of her journey, an age of learning and exposure to change. Rogers describes an epiphany in “The Knife” in the image of a “knife of insight” that brashly tears a sudden realization through her, symbolizing that change is good and necessary for finding her nature as an independent artist. She alludes to other songs in her album that are more representative of her naive side, and she sings these lines with their original tempo as to artistically preserve their authentic nature.

Empowered by this epiphany, Rogers sings about finding the confidence to be herself in “Fallingwater”— an anthem filled with an echoey melody and a fierce rhythm. It drags the listener to feel that they are gaining courage alongside Rogers. This confidence is strung along until she ties up the album with her most triumphant song: “Back in my Body”. Rogers describes the euphoric sensation felt after discovering her true identity and the wisdom that comes with it. The song is one huge crescendo, both rhythmically and literally, as she claims travelling and leaving her home is what essentially rounded out her voyage in that space between knowing herself and discovering her true nature.

So how does the journey described in Heard it in a Past Life prove that Maggie Rogers is a “witchy feminist rockstar”? Many songs on the album mention some sort of male figure, assumed to be Rogers’s former partner. She shows gratitude for this relationship, explaining the support of a male counterpart in his repetitious monologue stating, “let me help you…” (“Burning”). However, she follows the refrain saying she will “keep this love” with or without him, meaning she does not depend on him to complete her journey. Her strong feminine nature is unwavering as she explains, “cut my hair so I could walk back and forth without thinking of you” and describes “learning to talk and say whatever [she] wanted to” (“Alaska”). In other words, Rogers sings about her ability to endure the ups and downs of this journey because she does not rely on a male counterpart to do so. Rogers even depicts going off track in her attempt to achieve individuality, yet what brings her back is a rephrased Stevie Nicks line, saying “come out of the darkness” (“Retrograde”). The fact that Rogers chooses one of the most influential female artists of the twentieth century instead of a male counterpart amplifies the power of female confidence.

Whether Rogers intended to or not, she has proven to listeners that finding oneself ignites feminine resilience and capacity. She does this in a nonchalant way, not with a spiteful rant about men who have wronged nor explicitly mentioning the struggles of a woman, but with the story of a journey that she completes without relying on man. Moreover, she highlights her message with her poetic strategies, creating not only meaningful content but a composition worth every listener’s attention and enjoyment.