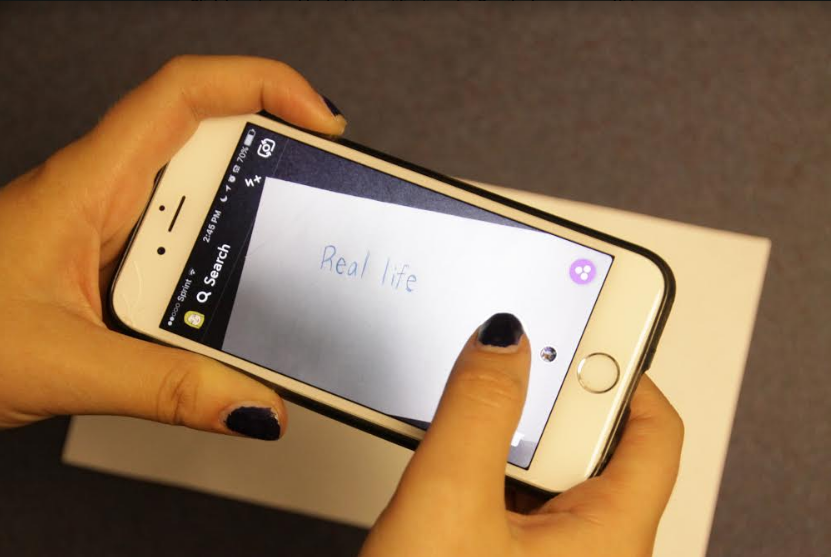 Sitting on the very end of the long table, it was easy to observe the awkwardness of the occasion. I sat across from my close buddy, and every time we looked at each other we laughed at the quite observable oddity of the birthday dinner.

Here at the table sat some of the birthday girl’s closest “friends.” That list included girls who she frequently talks about behind their backs. However, that night she was nothing but hugs and smiles towards them.

At the end of the night as the restaurant was closing, the birthday girl gathered up with all these close “friends” to take pictures together in their fancy dresses. With laughs and smiles on their faces, anyone viewing these pictures later on social media would think they had an amazing time with some amazing friends.

However, the reality of the night deviated greatly from the image that it was portrayed as.

Those viewing the night through Instagram saw it how she wanted them to think it was. Whereas those actually there understood it for what it really was: awkward and fake.

And it really boils down to that: fake vs. reality. In this world of social media, everyone feels compelled to share, post, and tweet each and every moment of their life. And just like in real life, we naturally feel the desire to fit in and makes people think our lives are going great, even when sometimes they are not.

When this desire for likes and comments seeps into the real world, it can affect the way events play out.

It seemed like the birthday dinner I went to was the epitome of the whole dinner being more about the image than the actual moment. The worst part was when we sang happy birthday. As soon as we started to sing, everyone whipped out their phones and took a snapchat video of us singing.

Instead of looking directly at the birthday girl when they sang, they looked at her through a camera on their phones. In the same way, I believe the overuse and presence of social media in our lives can be a barrier between us and reality. Instead of looking directly at the moments of our life through our own eyes, we stare it through our snapchat camera.

If someone were to view that snapchat later, the image that would immediately come to their head from those ten seconds of hearing “happy birthday,” would be an image of family and friends standing around and singing. However, the reality of it was really a bunch of zombies sitting around holding up their phones, not really even looking at her.

That night was simply fake. Social media as well as human pride came in and stole what should have been nice memorable night out with friends. It wasn’t about having a good time and making memories. It seemed to be all about the image.

Back in November when I went to the Cubs parade, I saw something very similar. As the Cubs’ bus rolled on by and the players began to wave at everyone, I could barely see. Not because I was short, but because every single person in front of me had their arms up with their phones out, taking videos of the bus.

Yes I get it. This is historic moment, 108 years in the making, and people want to be able to show their kids that day. But why save these moments in your phone’s memory when you can save them in your own memory? While your phone will eventually break and be replaced, your own hard drive in your head never will: it will be with you forever.

In contrast to that birthday dinner, a couple weeks later some of my close friends surprised me with a birthday dinner of my own. I was shocked to find 15 good friends sitting around waiting for me as we entered. There was no underlying beef or awkwardness, we just spent the night talking, joking around, and having a good time.

That night our phones stayed in our pockets. This moment wasn’t for everyone else to see later on snapchat, it was for me. I saved it in my own hard drive, and I will remember it for the rest of my life. That night was as real as it gets.

I think that understanding the importance of reality and enjoying the moments in our lives for what they are is very important. In our society today, we think too much and post too much, both of which suck the joy and memories out of our lives. Life can be so much more memorable and real if we put the phone away and just live.