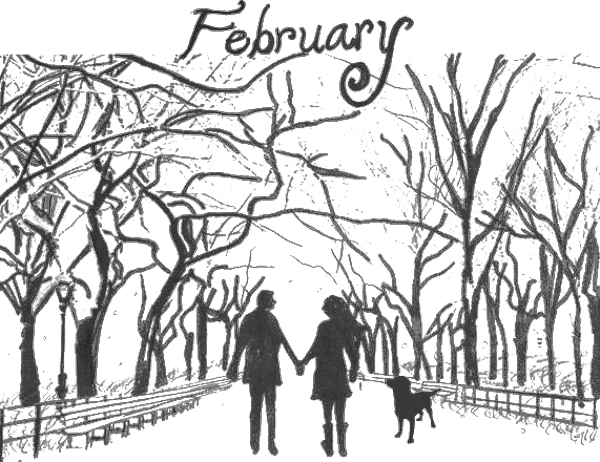 It was freshman year Biology and I was excited for another Bioday – in other words, an easy period to sleep through in comfy auditorium chairs. Oddly enough though, I didn’t zone out during this movie like I usually did. It was so interesting that it kept my attention the whole period. It was about people who could see colors with musical notes and taste names, and this intrigued me in a personal way I almost felt as if I could relate.

Fast forward three years and I’m sitting on another comfy chair, this time in a therapist’s office. Red haze appears over her kind face as she asks questions no one has ever asked me, like, “What does February look like?” I point to a spot in the air and describe a grassy park, frost covering everything around me, mittened couples passing me hand in hand. She smiles and looks me in the eyes, asking, “Have you ever heard of synesthesia?”

According to Scientific American, synesthesia is a blending of the senses in which the stimulation of one modality creates a sensation in another modality. According to synesthesiatest.org, only about one in every 2,000 people in the world have this condition. The realization that I have synesthesia surprised me, but it was nothing compared to the reactions from my friends. First reactions usually resemble something like disbelief or excitement, then come the questions, such as: “What color am I?”, “What personality does the number 8 have?”, “How does your calendar look?”

While I appreciate the questions and the interest, it’s hard to explain a way of thinking to people who can’t see inside your mind, and there’s still so much about it that I don’t understand. My mom’s figure is highlighted by light blue and my brother olive green, but I could not tell you what the significances of those colors are. Instead of just thinking about the date,   look at my 3D calendar to see where in the year we are. Numbers all have specific personalities and letters are all associated with a different color.

Doctors  have told me that this condition is caused by extra sensory signals in the brain, triggering different sensations and connecting them to  each other. Although synesthesia is genetic, no one in my family has it,  and they are actually confused by it.

Looking back now, it’s bizarre to think I lived 17 years without knowing I was so drastically different from everyone else. I mean, there were always signs: I had never heard of anyone else envisioning a calendar in 3D or finding a colored haze over the people they encounter every day.

Colors have always produced different emotions in me. There’s a simple reason why yellow is my favorite color – it makes me feel happy. Red signifies pain, usually causing a dull aching in the front of my head, which is exactly why I own nothing red.

A doctor once told me synesthesia is a gift, and I would have to agree with her. While it can be hard to explain to people, it helps me memorize and relate facts easily since there are so many senses associated with one idea. Not only that, but it makes my life much more interesting–I feel like life would be so bland if my mind didn’t function like this.

If there’s one thing I’d like people to know about my condition, it’s that as farfetched as it sounds, I could never make this up. When you think about it, it’s hard for me to relate to how everyone else thinks. I really am excited to see where this gift might take me, and I plan on taking full advantage of it, starting by finding others like me.