The show will go on after auditorium repairs 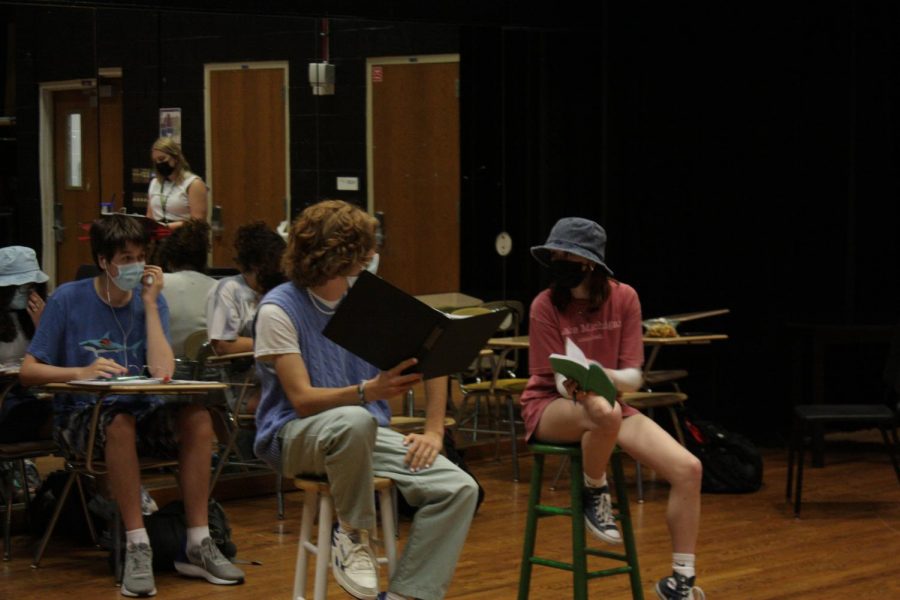 After an obstacle filled-year from Covid-19, the theater department’s hopes for a successful new year were complicated with the news of a broken fly system, but the plan for a successful fall play was saved after the school decided on a temporary repair, according to Choir Director Robert Shellard.

With the repairs to the fly system, the auditorium will be able to host the fall play, stage crew, and productions later in the year after undergoing a $15,000 temporary repair, Dr. Kim Ptak, District 225 director of operations said.

The system was installed in 1962 and needs to be updated, Ptak said. During an annual inspection, it was discovered that some parts needed repair, Ptak said. This year, Grand Stage Repairs fixed the components that were deemed necessary by Auditorium Director Rich Winship, Ptak said. Winship is in charge of designing the sets for all theater productions and managing the technical systems of the auditorium.

The fly system is a system of ropes and pulleys that can be manipulated by students to move various pieces on the stage, Shellard said. Whenever the curtain goes up or down, or when the projector screen is lowered or raised, that is the fly system working, Shellard said. To move these large items, there are objects of the same weight to balance it out, namely extremely heavy flat irons, Shellard said.

The school was deciding between temporary repairs to the system and permanent repairs that would take more time, Shellard said. Temporary repairs would allow fall productions to take place on the stage as they normally would, while losing use of the fly system. The school is considering permanent repairs to restore this system after this year, with options including installing a brand new set up or updating the existing fly system, Shellard said.

“The school is dead hanging the items, which means they’re just going to be set in place for the whole year, [screens are not] going to fly in or out, nothing’s going to travel this year,” Shellard said. “That eliminates the need for counterweights and for the fly system.”

The school chose the temporary repairs because they are significantly cheaper than a permanent overhaul, Ptak said. Rather than the $15,000 price tag, permanent repairs could cost between $300,000 and $400,000. The timeline for permanent repairs would also take much longer.

“We were told that the fabrication of all of these pieces of equipment that we need to order, because they’re all basically cut to order, takes 14 weeks [to] arrive, and then it’s about 10 weeks to do the installation process,” Ptak said. “So if we put it all to a timeline, it looks like late August is when it’ll all be completed.”

The cast of the fall play was unsure of how the production would look and if they would be able to have a normal performance, senior Alicia Penepacker shared. When the news of the broken fly system was released, people in the department assumed the play would have to look a lot different, with the possibility of a smaller set or performance space, Penepacker said. Being able to continue using the stage makes a big difference for the cast.

“I’m honestly really glad that we get the stage and we get access to all of that [space] because it is a special resource for us,” Penepacker said. “Because we haven’t had access to the stage in its full capacity for over a year, it’s really special to me to finally be back on the stage with the show in full swing.”