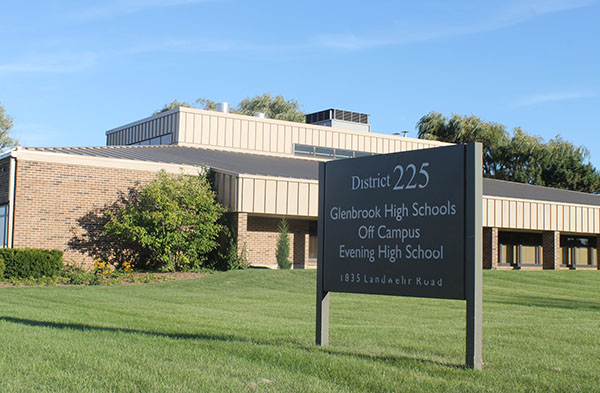 Glenbrook Evening School (GBE) is not accepting any students due to low attendance and has “been put on hold,” according to Dr. Rosanne Williamson, assistant superintendent of District 225

GBE was initially founded to provide a high school diploma to students who needed to attend full-time jobs during the day. But the purpose for the school has since shifted towards students who struggle with the large amount of students at South or were struggling in some way to be successful at South or North, Williamson said. Williamson was one of the supervisors of the GBE program and saw  attendance steadily decline over time. Enrollment has reached nearly 100 in the past, but this year was projected to be no more than 10 students, Williamson said.

“Our numbers really dropped and we saw some other needs we weren’t meeting,” Williamson said. “It was a good time to press pause. I wouldn’t say it’s canceled [but] we just want to make it better in the future.”

GBE was located on a separate campus but still held in Glenview. The school operated from 5 p.m to 9 p.m four days a week, Williamson stated. Students attending only required 17 credits rather than the traditional 24 credits necessary to graduate high school. Williamson added that classes averaged only a few students each, a smaller size than the traditional class at South. Former evening school students are now attending their respective Glenbrook day school, but many are only going to a few blocks of class per day.

The evening school was most popular in 1973, the year it was founded, according to Williamson, and 100 students attended at South. As fewer students maintained jobs during the day, the attendance of night school dropped steadily, Principal Dr. Lauren Fagel said. While students began to attend GBE for a variety of reasons, the GBE facilities felt inadequately equipped, Fagel said. Many students needed social services that GBE was not able to offer, while each student had a counselor,  GBE students didn’t have access to all the resources that South has access to Fagel said.

“Another big issue we found [was] that students who needed social-emotional support, the way the evening school was structured, there weren’t the same types of facility members [to provide support],” Fagel said.

The closing of GBE is an opportunity to improve the services and purposes of GBE. not an unfortunate event, Fagel said. Fagel hopes that more students will be able to benefit from the services of GBE in the future, and the resources will be better suited to the needs of its students.

“As we started to wrap up last year, there were very few students enrolled in evening school for this year,” Fagel said “We felt like was time to reexamine the program and see how it needs to evolve to meet the needs of current students.”