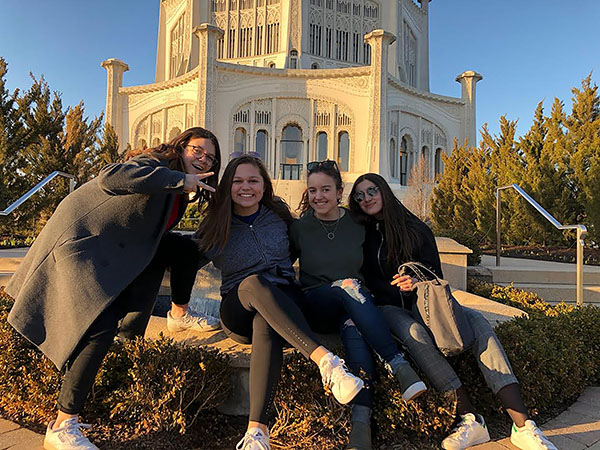 South students participating in the French exchange will be going to France from June 9-22 to live with their exchange partners, after the students from Lyon, France visited GBS from April 4-27, according to French Teacher Matthew Bertke.

Bertke, who started the exchange at GBS in 2009, says students from South participating will first be in the city of Lyon for 10 days to live with their partners. The group of Americans will then stay in Paris for two days to participate in tourist activities and to learn about the French culture, Bertke says.

“[My exchange student and I] really bonded,” Stettler said. “I think over the three weeks she was here, [I learned that] she’s a normal student like I am and she takes a lot of the same classes. She takes physics and hates [it] just like I do.”

Similar to Stettler, sophomore Mauricio Parra hosted a French student. Parra says he became very good friends with the student he and his family hosted for three weeks.

“At first it was kind of awkward because you literally meet them for the first time and then you take them home,” Parra said. “It was really cool because immediately when we got home, there was a connection and  we kept on talking and talking and we bonded.”

Bertke explains that he most looks forward to the bright future of the French exchange at GBS. Bertke says he hopes students can learn more about both the language and culture of a new place.

“I hope that the exchange continues to be a hands-on learning experience where students are able to build relationships and put what they have learned in the classroom into a real-world context,” Bertke said.