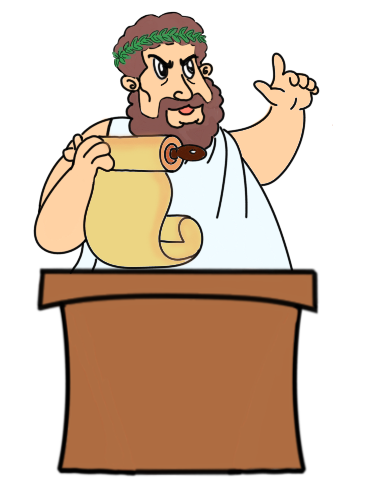 Every Wednesday morning, students enter Room 1190 and embark on an open discussion of philosophical matters and questions. Philosophy Club members discuss their opinions on current events and what they believe to be the philosophical reasoning behind the events while enjoying bagels and donuts, senior Sean Nicgorski, club founder said.

The club includes a variety of discussions to participate in, and usually revolves around topics that club members have not previously discussed, leaving the door open for a more intriguing discussion, Michael Sinde, Club Sponsor and Career and Technical Education Teacher, said.

“To me, it’s enjoyable to watch  students argue back and forth [and] share their ideas,” Sinde explained. “They go back and forth and say ‘I believe in this because of X or I believe in this because of  Y, and here’s the reason.’ They’ll even say ‘Hey, Mr. Sinde, what do you think’, and I’ve had to add my opinion. It’s really nice [to see] that everyone’s well respected in [Philosophy Club].”

Additionally, through the sharing of philosophical opinions, the club itself has grown into a community among its club members, according to senior Colin Garvey.

“I found my community within the community of  Glenbrook South with this club, so it’s important to me because of that,” Garvey said. “[Also] I [think] it should be passed on to the next grades because there’s no other philosophy club, and it invites creativity.”

Creating an inviting community is not the only way Philosophy Club has benefitted Garvey, however.

“Once I [joined], I realized that it was the right choice,” Garvey said. “It [is] a great time [and] is the best club I’ve ever been a part of.”

The club meetings look different every week, and the club is always looking for new members, Sinde said.

“What’s nice about the club is that if you missed the last meeting, you [can] still show up at [a] meeting [and] still be a valued member,” Sinde explained. “Every meeting is different. The important thing for me, as a sponsor, is finding students who have a niche, whatever the case may be, in this case philosophy, and give them an avenue to kind of explore and an avenue to talk about it.”

The club is important to have at South because of the teachings and messages it leaves students with, Nicgorski said.

“Discussion in a philosophical manner can really help someone learn how to better think and go about their life,” Nicgorski said. “Whenever they have challenges or things they have to face in their own lives, philosophy can help guide them in how to go about those things.”