Paranormal Club scares up a storm 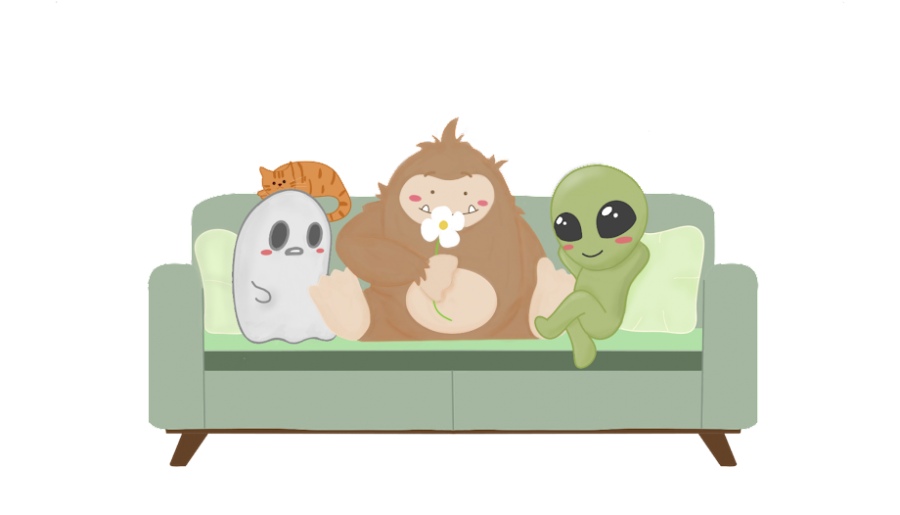 Ghost hunting in the English hallway; watching scary movies together; going on ghost tours in Chicago, and sharing paranormal incidents. This is what members experience in Paranormal Club. The members have one main thing in common: their love for all horror and paranormal activity.

The club currently has 30 members, all of whom are horror enthusiasts, club sponsor Joseph Mulloy said. The club meets every Wednesday after school in Room 2325. A typical club meeting consists of signing in, watching many different types of horror movies, and discussing any paranormal incidents that anyone has encountered.

The club was founded by South alum Nick Mulae, who has since become a semi-professional ghosthunter, Mulloy said.

Mulae isn’t the only paranormal club member with a personal connection to the supernatural. The club’s president, senior Nermine Abdelgawad has firsthand experience with paranormal activity. Abdelgawad believes that her sister was possessed by a spirit between 3 a.m.and 4 a.m., which is known as the witching hour.

“One night, around [the] witching hour, [the spirit] was standing there across from my bed, [and] calling out my sister’s name,” Abdelgawad said. “She was standing still by the door, and I kept on calling out her name but it did not move. It looked exactly like my sister. And then later I saw that my sister wasn’t even in my room the entire night, she was sleeping in the other bedroom.”

Everyone has their own reasons to join paranormal, Abdelgawad said, but she joined the club because of her love of all things horror. On the other hand, though, Mulloy drew the distinction that he did not decide to sponsor Paranormal club for that reason.

The club members’ love for paranormal activity leads them to more activities outside Room 2325. In April 2017, they went on a ghost tour called the Chicago Hauntings during which they visited spooky sites in and around downtown Chicago, Mulloy said. Their annual grand activity is gathering a big group and going to Fright Fest, a Halloween-based horror event at the amus-ment park Six Flags Great America.

Another activity that the club enjoys is ghost hunting around South. The place fraught with the most suspicious activity is the English hallway, Mulloy said. There have been rumors among school janitors of doors being opened and closed by themselves, chairs moving, and spooky writing on the white boards. Mulloy believes this is because two former English teachers have died, one in a fire, and one at his own desk.

But that’s not the best part of the club, Wagner said. It is because of the community, Wagner said. The club is a safe space for everyone to be themselves. It doesn’t matter what grade you are in, everyone supports each other and gets along very well, Wagner explained. The club values and encourages each other’s differences and that is what makes an excellent community, Abdelgawad added.