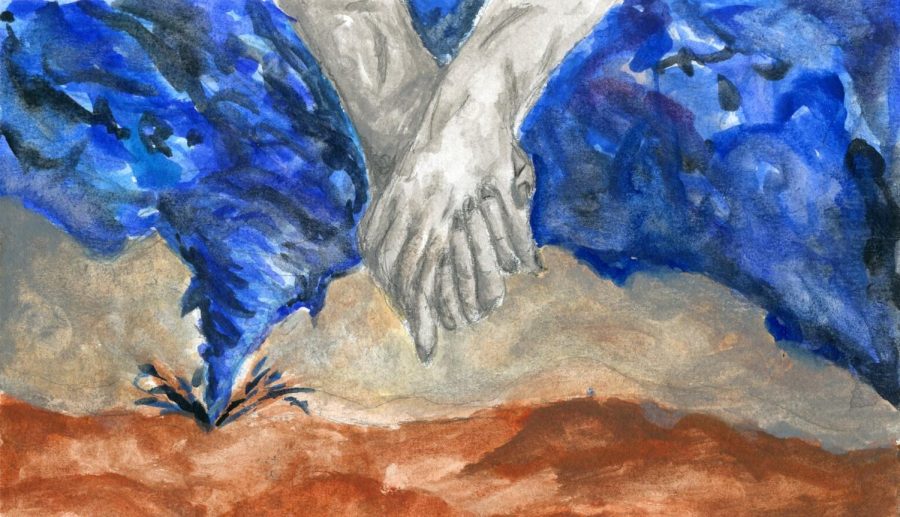 It was a normal school day in 2018 for freshman Sakura Honda. She went up to the teacher ask them a question during her English class in Jakarta, Indonesia, where she was attending school at the time. Her classmates were busy chattering when, suddenly, the ground beneath her began to move in a smooth, sliding motion. The voices of her fellow classmates quickly came to a halt and with a loud noise, the ground ceased moving. Confused and surprised, Honda quickly realized that she had just experienced an earthquake. However, Honda is not alone in her experiences, as several South students have reported experiencing various natural disasters in their lifetime.

One of these students is junior Leah Thomas, who visited Kerala, India last summer for her relatives’ wedding. During her visit, monsoons had stormed into the area, the electricity had gone out, and before she knew it, the streets were flooded with rainwater.

“My grandma had to rent out parts of her house so people could live there because her neighbors’ houses were flooded,” Thomas said. “It’s just the little things like watching your pots and pans float away, [that creates]a whole new perspective, and it’s really upsetting to watch.”

Another student who has lived through a natural disaster is freshman Lily Christopherson. At seven years old, she experienced a tornado in Grand Rapids, Michigan during a visit to her grandparents.

“[My most vivid memory] was getting woken up, hearing the sirens and the rain, and my parents carrying me downstairs,” Christopherson shared. “It was terrifying, and the tornado didn’t do too much damage, but hearing the news telling people to get shelter and the sirens as a little kid who didn’t understand what was going on was scary.”

Recently, Christopherson came to see that a natural disaster could not only affect the individual, but friends and families, as well. According to Christopherson, one of her closest friends lived through Hurricane Dorian earlier this year.

“[My friend] lives near Palm Beach in Florida and I saw that the hurricane was supposed to directly hit her,” Christopherson explained. “I called her and I [made] sure she was safe…But I was super nervous because she’s one of my closest friends and if something happened to her or her family, I would be devastated.”

Likewise, Honda saw firsthand the damaging effect of natural disasters on friends and family when she lived in Japan, where her cousin’s family were hit by the 2011 Tohoku earthquake and tsunami that led to the Fukushima Daiichi nuclear disaster.

“My cousin’s life definitely changed,” Honda said. “My cousin lived where the tsunami was, so he had to move to come live in our city [in Nagoya]. That was a complete [change] for him and his family.”

Similarly, Thomas noted the charitable and communal spirit in India that arose from the monsoons and shared her own takeaways.

“People [who] didn’t even know each other came together and helped save so many lives,” Thomas said. “I can do a small thing, nothing compared to [saving lives], but maybe if I do little kind things everyday, maybe I can live up to what one of those people did. Especially after how my grandmother helped people, it was like [discovering] a new capability that I didn’t even know existed.”