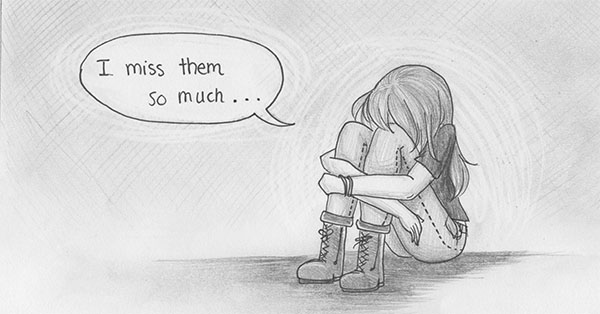 The cycle of life is inevitable; it happens naturally, often it ends without warning or precaution taken beforehand. This is the case for many students at South who have suffered the loss of a close family member in their lifetimes. An experience such as this can be traumatic for anyone, much less a student already under the pressures of high school. This is where Social Worker David Hartman and his grief counseling group comes into play.

According to Hartman, when he first came to South in 2007, there were not many support groups for students facing common problems. As a result, he became a part of several social groups, one being the grief counseling group he started with Counselor Erika Pederson.

“I believe that the best learning happens peer to peer,” Hartman said. “I don’t think I can support a student the same way that a group of kids can support that student if they’ve all had similar experiences. So, getting a group of kids together who have all experienced that level of grief and loss is super powerful.”

Senior Kyle Hagan, whose father died of a heart attack when Hagan was in seventh grade, has been attending the group meetings every week since he found out about the program.

“Usually during the meetings it’s more focused around one or two of the students who are having a bad day or a bad week,” Hagan said. “It’s a place where students will go to vent, and then the other kids will give them [emotional] support.”

Hagan trusts the supportive nature and confidentiality of the group as a whole, which he believes provides for a very honest environment. He also feels as if the group members try to make the environment as inclusive for other members as they can.

“I think it’s a very welcoming atmosphere,” Hagan said. “I don’t feel uncomfortable saying anything that’s really stupid or something really serious about myself. I know there are kids in the group who are a little more shy, but I don’t think that’s from the effect that the group has on them. […] It’s more of their personality. […] I like to go and try to make it as much of a warm place as I possibly can.”

Sophomore Katherine Wilson*, who lost both of her parents within three months of each other, moved from Kansas City to Glenview to live with her aunt. According to Wilson, the group helped her find a support system when her friends couldn’t understand what she was going through.

Hartman believes that he has the best job in the world by getting to work with kids. He especially understands what the students in the grief group are going through, because he lost his daughter in 2015.

“There’s something to be said, for me, that [the grief counseling group] is one of my favorite things to do every week,” Hartman said. “For kids that have to deal with something so awful, to be able to get them in a room and laugh and cry with them is amazing. As a social worker, my job is never done.”

Wilson also acknowledges that the informality of the group is what makes it so comforting and  effective for students. She said that for the most part, it’s just a time to update each other on how their weeks have been going, with regards to their own personal grieving processes.

“It’s a very free-flowing group, we just check in and [talk about] whatever we want to talk about,” Wilson said. “It’s never structured and we [don’t] have [specific] things to do, it’s just like 45 minutes to relax.”

Junior Emily Stevens*, whose mother died of a heart complication while she was in high school, acknowledges Hartman for being an integral part in her grieving process, in addition to the grieving processes of many other students.

“Losing someone you love is really hard, so Mr. Hartman has always been someone I can go to talk to about things, and he always makes me feel better,” Stevens said. “He gives advice with how to make the best of the situation and learn from when I’m sad, [and] how to deal with things. Even outside of group, I can go to Mr. Hartman any time of the day when I’m feeling sad and he’s always there for me.”

Stevens also credits the group itself for providing a safe space for South students to collectively grieve. According to Stevens, the group works to foster a healthy grieving process with all of the students there that are going through similar processes, and thus allows them to connect on a deeper level with each other.

“Since high school is very stressful, having people to talk to [at school] is really beneficial, because when you’re grieving, your friends help you but they don’t really know what it feels like to lose someone you love,” Stevens said. “Having people that have been through the same experiences as you is really comforting.”

According to Hartman, he believes there is something very valuable to be learned from the hardships of loss, and hopes that the students in the group have become stronger because of the battles they’ve faced.

“I think that there’s something to be said about not belittling or patronizing these people,” Hartman said. “They’ve experienced extreme loss in their lives, but we shouldn’t pity them. These are incredibly brave, resilient and resourceful young people that have had to deal with something most of us don’t and have done admirably.”

*names have been change