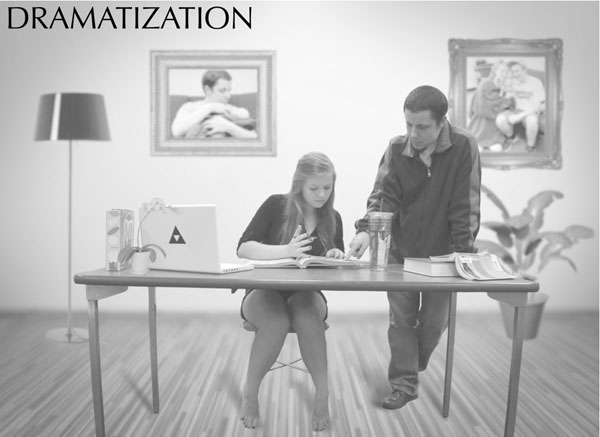 The traffic of boisterous school hallways filled with fellow students and administrators is something many South students find completely normal; however, for several students, this was not always their idea of a typical school day.

For most previously homeschooled students at South, the job of teaching often fell to their parents, according to freshman Katelyn Luckey, homeschooled from kindergarten to fourth grade. Although she claims Illinois has loose laws about parents educating their own children, many parents have education degrees of their own.

“My mom [taught me],” Luckey said. “She was actually a teacher and she tutored kids after school so she could teach us during the day. My mom loved teaching kids at the public school and she thought, ‘Why can’t I do this for my own kids?’”

According to South graduate Charlie Day, homeschooled from first to eighth grade, a popular reason for parents choosing to educate their own children is to give them personalization in their schooling.

“When I was homeschooled, I got to learn a lot more about what I was interested in,” Day said. “I didn’t have set classes. I got to learn at my own pace; so if I understood something right away I could move on.”

This personalization was caused by a much more flexible schedule, according to Luckey. The day-to-day plan was more relaxed, allowing students to wake up later and take breaks when needed.

“There was freedom, but there was still learning going on at the same time,” Luckey said.

Junior Kevin Benson, homeschooled from first to eighth grade, agrees that homeschooling lacks the structure of a schedule that would be found at South.

“[Homeschooling] varied a lot more than high school does,” Benson said. “Typically I would start working anytime from eight to nine. It’s tough to put a time on when I would finish because it’s more of like a list of tasks I would have to complete, but it was anywhere from one to five.”

This type of scheduling caused Kevin’s mother, Catherine Benson, many problems. According to Catherine, there was never enough time in the day, or even the school year, to accomplish everything that they wanted to.

“There was always a general rule of thumb in the homeschooling community: write down what you think you’re going to do for the year and then divide it in half because that’s more realistic,” Catherine said.

According to Kevin and Luckey, they were not always alone when doing their schoolwork. Often times they would meet with a group of local homeschooled kids and learn together or go on day trips.

“We went [to the Shedd Aquarium] with this homeschool group that consisted of homeschooled families in the area,” Luckey said. “I got to learn with these other kids who were exactly like me.”

Kevin explained how he met kids his own age through community sports. These extracurricular activities made the transition into normal schooling much easier, according to Kevin.

“Coming into South, I thought I would be really socially isolated, not know what to do and get lost a lot [but] I really didn’t have that many problems […] because I knew a lot of kids through sports, […] and that was nice and it helped me get adjusted,” Kevin said.

According to Luckey, she believes there is a stigma behind the idea of homeschooling.

“I feel that everyone thinks that homeschoolers are really weird and socially awkward and they think that they do really weird projects and live on farms or something,” Luckey said. “For me though, that wasn’t the case.”

Despite these feelings, Luckey and Kevin claim they are grateful for the transition that they’ve made into day school.

“There’s just so much to do at South that it really helped me get adjusted,” Kevin said. “I was just taken aback by the amount of resources South has for a high school.”

Although the Bensons now enjoy life at South, Catherine claims her family is still thankful for the decision they made to homeschool.

“They were some of the best years of our lives and I’m really, really glad we did it when we did,” Catherine said.