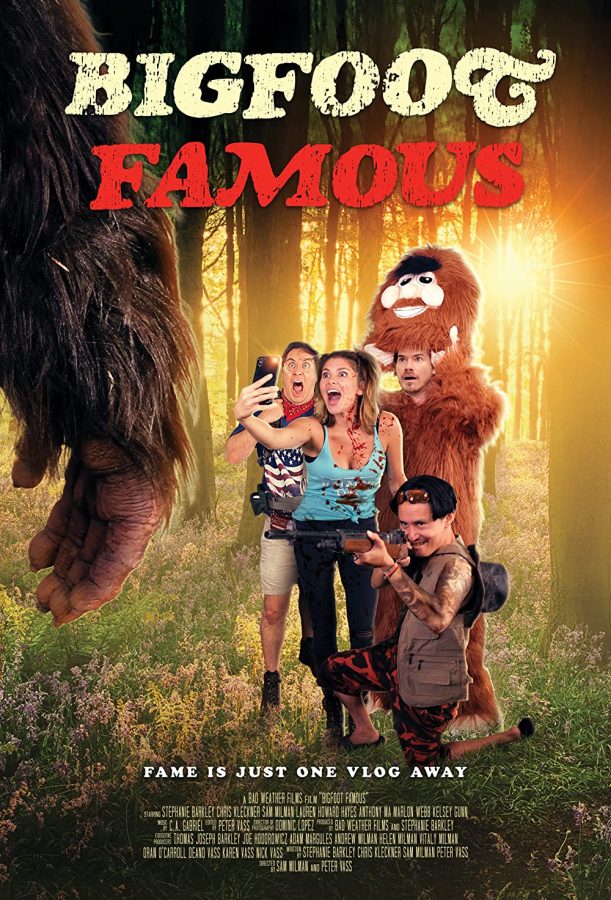 The two met in TV class in 2004, and bonded over shared interests, particularly in movies and comedy, Milman explained. Outside of class, they started working on Backstreet Boys music videos and a comedic short film called “Badminton: A Rivalry is Born”, a sports comedy inspired by films popular at the time such as Dodgeball: A True Dodgeball Story, Milman said.

“Our teacher was Mr. Ferguson, who was amazing, and taught us a lot back then,” Vass said. “[Badminton: A Rivalry is Born] was our first taste of working together.”

Ferguson took note of their work in and outside of the classroom; he said that Vass and Milman had both technical filmmaking skill and a knack for comedy. Ferguson specifically mentioned the production quality of their videos, such as the music video parodies they created outside of class, which Ferguson found particularly memorable.

“[A video Vass and Milman made in high school was] very funny, full of surprises, and technically masterful,” Ferguson said. “When I first viewed it I had no doubt that Sam and Peter would, in due time, find their place in the entertainment industry.”

After graduation, Milman and Vass went to different colleges, but their collaboration didn’t end in high school, Vass explained. They both moved to Los Angeles in fall, 2010 after graduation to pursue a career in film. They started a Youtube channel together, with sketch comedy shorts inspired by other popular YouTubers at the time, Milman said. As their channel developed, they also made fake movie trailers and pilot episodes, Vass said.

“[The fake movie trailers] were really fun for us [to make] because we were doing satire of other genres, including horror, superhero, and rom-com-” Vass said, “And I think through doing that we in a weird way, learned how to create [videos and film] in other types of genres,”

Vass and Milman got the opportunity to create their first feature film after a producer saw their work on Youtube, Vass explained. He asked them to write and direct a film. The movie, called Laid in America, was released in 2016 and followed the misadventures of two foreign exchange students on their last day in the United States, with the protagonists played by YouTubers KSI and Caspar Lee.

Vass and Milman’s latest film, Bigfoot Famous, was released in November 2021. They both wrote, starred in, and directed the movie, and Vass edited it as well, as credited in the trailer on the Bad Weather Films YouTube channel. In making Bigfoot Famous, Vass and Milman drew on their previous experiences of working with influencers during the making of Laid in America, and in other collaborations on their YouTube channel, Vass said. The film follows a social media influencer who, after losing popularity, sees a viral video of Bigfoot, and decides to search for the creature herself in an attempt to regain her fame, Milman said.

“Everything in the movie is based on a lot of our experiences over the past ten years, being deep within the YouTube community and seeing the good and the bad, a lot of bad,” Vass said. “We were able to use our own personal experiences working with so many influencers over the years, it’s all out there [happening on social media]. People watching the movie that don’t know anything about the YouTube world might think it’s kind of crazy, everything that’s going on, but it’s all based in reality, which is a funny thing in itself.”

The film was made over the span of eight days in July,  2020, Milman said, and most of the filming took place outdoors, in the forests of Northern California. The plot was inspired by an earlier short of theirs, Happy Birthday Coley, which was similarly critical of influencer culture.

Bigfoot Famous was also fully improvised – Milman said that there was a detailed outline with plot points that they wanted to include, but the actors (who were also friends of Vass and Milman’s) were given the freedom to dictate many of the specifics of the scenes.

“We were confident because we had cast improvisers that had experience [in improvisational acting]…”Vass said. “The level of expertise in the leads of our movie, Steph Barkley, Chris Kleckner, Lauren Howard Hayes, and Anthony Ma, what we had asked them to do, forming an emotional heart to the movie with their characters – once we went to the forest and applied it, we were really happy with the results, but it was definitely an experimental way for us to make the movie”