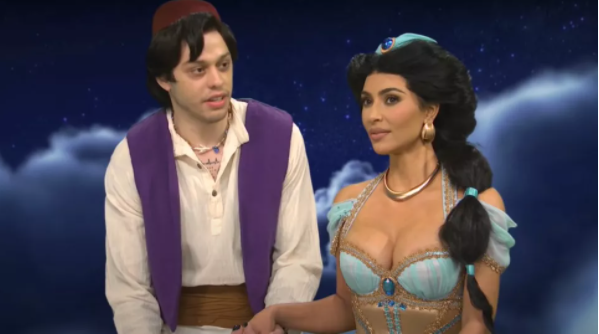 Since the beginning of the internet, people everywhere have resorted to sharing their entire lives online, none more so than my least favorite thing: annoying celebrity couples. I live in constant fear of opening the Instagram of a celebrity I like and seeing their dating life.

Without further ado, here’s a countdown of my least favorite celebrity couple moments that the internet has forced me to endure:

Although they’re broken up, Shawn Mendes and Camila Cabello had some extremely cringey moments in their two years together. From dead-eyed quarantine walks in Miami to this hilarious moment that occurred at the last Met Gala, the pair’s interactions never failed to become the laughing stock of a conversation.

It was not, in fact, giving Cher.

Even though they’ve only recently started their relationship, Pete Davidson and Kim Kardashian are already an odd couple. The strangest moment in their relationship was their Aladdin themed skit on Saturday Night Live, where the two shared a scripted kiss after an awkward conversation about the future of Jasmine and Aladdin’s relationship. This moment is considered the start of their relationship, as they were publicly spotted together just days later.

While there have been many unbelievable moments in this relationship, one of the craziest is said to have occurred the first time they met. This specific moment transpired at a party in Los Angeles.

Celebrities have always been able to do things that regular people could never or would never do, and their love lives are no exception. Nothing makes me cringe more than watching the very public drama of these awful celebrity couples. I’m sure none of them will ever read this, but please keep it to yourselves next time.