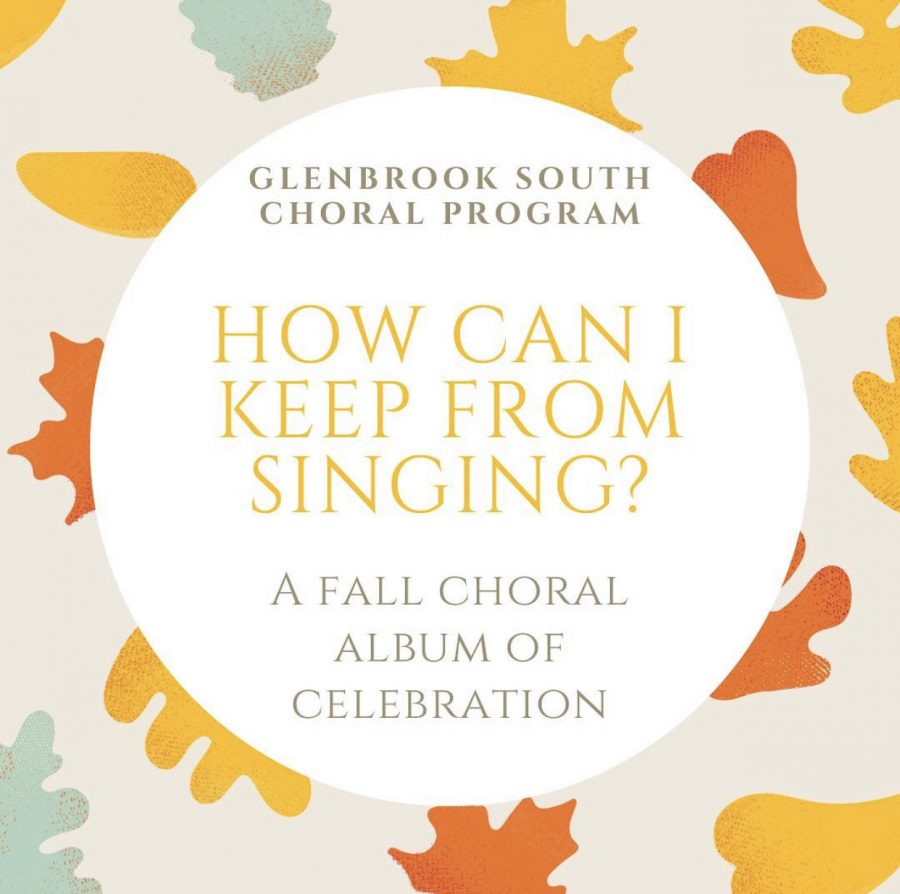 Tutti: a musical term that indicates all voices or instruments playing or singing together, translating to “all, or together” in Italian. While this term is common on the typical piece of sheet music, it takes on a different musical meaning this autumn for members of South’s choir program in the time of Covid-19.

With coronavirus restrictions now preventing GBS musicians from performing live, the choir program has turned to recording an album titled How Can I Keep From Singing releasing on Nov. 13 featuring all choir ensembles in place of the annual fall concert. On this Friday afternoon, all choir members’ voices, though recorded separately, came together to fill listeners’ ears with their music. The album features tracks from curricular choir groups Glee Club, Premier Chorus, Bel Canto Chorale and Master Singers, as well as a piece each from South’s extracurricular choir groups: Chamber Singers, Nine, Scat That and Solace. Co-Choir Director Robert Shellard explained the intentions and goals behind the album.

“This is the first album-only release for the full choir program,” Shellard said. “The intention behind the project was to create something lasting and memorable for students and community members in [the annual Fall Concert’s] place. This way, our students and families get the chance to hear their hard work pay off as well as celebrate the hard work of other choirs and singers in the program.”

Though Choir President and senior Lev Sheinfeld believes that all artists, regardless of their medium, would prefer to be able to perform and rehearse in person, he shared that he is immensely proud of the choir program for its hard work.

“I am glad and relieved that choir has survived and thrived through this and we have been able to pivot as a department,” Sheinfeld explained. “Mr. Toniolo and Mr. Shellard have done huge things to make this work. The students in choir have really stepped up.”

Likewise, freshman Tennyson Nguyen expressed her pride not just towards herself, but her peers, for the completion of this project.

“[Right now], you can’t really sing with other people,” Nguyen shared. “But when you record and you hear your peers’ voices [coming together] on top of each other, you just feel so proud of yourself and everyone else. It’s like, ‘Oh my god, we did this together!’”

Though Nguyen is new to the choir program at South, she felt that working on the album has helped her gain a connection with her fellow choir members.

Completely changing the nature of a traditionally in-person activity such as choir brings its own challenges. In the solitude of the recording process, senior Katie Durow explained, mistakes often seem greater than they truly are.

“Since we are not recording in person, every single mistake seems amplified because you’re recording yourself and you’re not making smaller mistakes within the context of your section,” Durow said. “So, it takes a lot longer to record than to just perform it on stage.”

Despite these challenges, Durow believes that the process has allowed her to become a more attentive and devoted musician.

“Doing these recordings at home and doing it over and over and over again forces me to keep practicing and keep working to make it better,” Durow said. “I think that’s helped my work ethic a little. It’s still very nice to be able to feel connected through music even though we are at home and not at school.”

Though this album may be their introduction to the choir program for newer choir members, for seniors like Sheinfeld who have spent much of their time singing, rehearsing and performing with peers in the Fine Arts Department since freshman year, the album holds a deeper meaning.

“This is the beginning of the end [for seniors],” Sheinfeld shared. “The fall concert is not a particularly momentous occasion just because it’s the beginning of the year and we have tons of things following it. But I think for me as a senior, it signifies, the start of my ‘lasts’ in the choir department. It’s my last fall concert, then it’ll be my last Chamber Singers season, then my last V-Show, then my last musical.”

With work on the album complete, Shellard believes the six hours that he and his colleague, Co-Choir Director Andrew Toniolo, put into all 12 tracks will pay off for everyone.

“As we keep singing alone, it can get tough to find the spark and motivation that comes from in-person rehearsal,” Shellard said. “We hope that this album is a great reminder that their hard work and dedication to their craft as musicians does create beautiful and necessary music, now more than ever.”

The fall choir album, titled How Can I Keep From Singing, is available for digital enjoyment on the GBS choir website: https://drive.google.com/drive/mobile/folders/1oAA20wrbZhmnoTsmXYy8zr4dosYvZF5T