Changes to GBS Connects look to liven up event 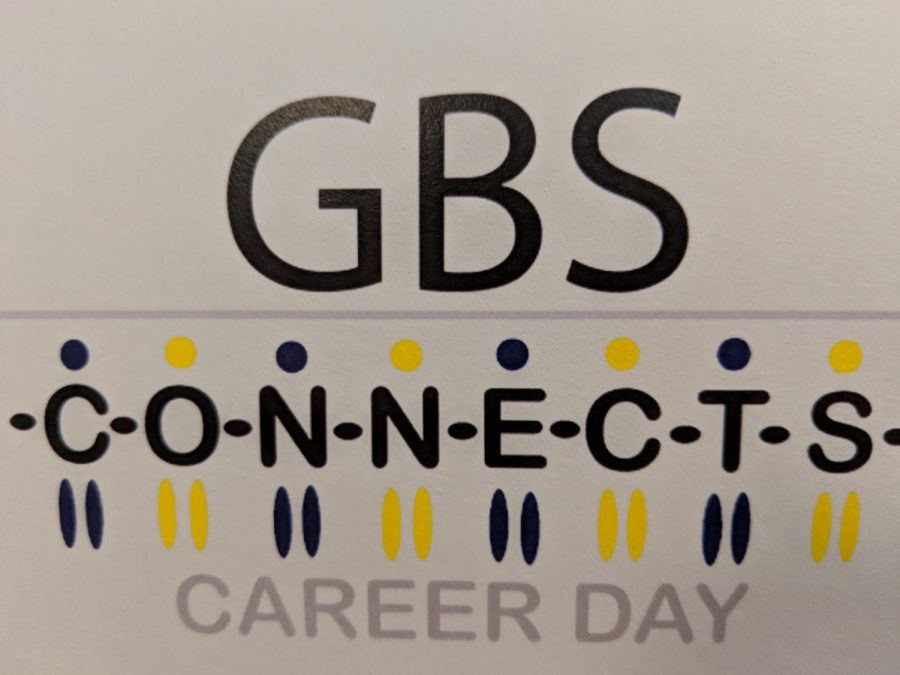 The GBS Connects logo. The event went under a serious of changes this year to increase student engagement.

A new special interests category has been added to GBS Connects, the biennial career day at South, according to Dr. Lara Cummings, assistant principal for student services. This year’s event, which takes place on March 13, will also see a reduction in sessions from five to four.

The idea came on the heels of some past attendants to GBS Connects that felt that the day lacked a way to experience hobbies outside of just possible future applications, according to counselor Socorro Rogers.

“[GBS] thought we would have students exposed to hobbies or special interests from teachers in the building so that [students] develop…the ability to strike a balance [between work and leisure],” Rogers said.

Cummings said that the number of sessions was brought down from five to four because, in years past, attendees became tired and bored because of how the long the day was. Because of this, students were consulted when changes were being considered for GBS Connects this year.

Counselor Travis Meyers also worked on this year’s GBS Connects with Cummings and other members of Student Services. Meyers stresses the importance of separating hobbies from the usually rigorous nature of the career sessions.

“I think it is designed to be fun,” Meyers said. “You’re not just sitting and learning and diving into heavy things for five hours. You have an opportunity to take a break, relax, enjoy yourself, and do something that your teachers find fun and you might find fun.”

Math teacher Joe Karlovsky is one member of the faculty that is leading a special interests session, with his on board games. Though some students have mentioned the idea that sessions such as his decreased the legitimacy of GBS Connects, Karlovsky says that he feels the event’s integrity is still maintained.

“I believe that anyone can have a negative opinion on anything,” Karlovsky said. “I suppose if you want to have that opinion, go ahead…I will take [the session] seriously, but I am also trying to present something fun.”

Karlovsky also aims to use his session to educate students on creating a balance between work and hobbies in adulthood.

“As an adult…I still have a hobby that is a way to get away from the job or the responsibilities of everyday life,” Karlovsky said. “When you grow up [life is] not just work.”