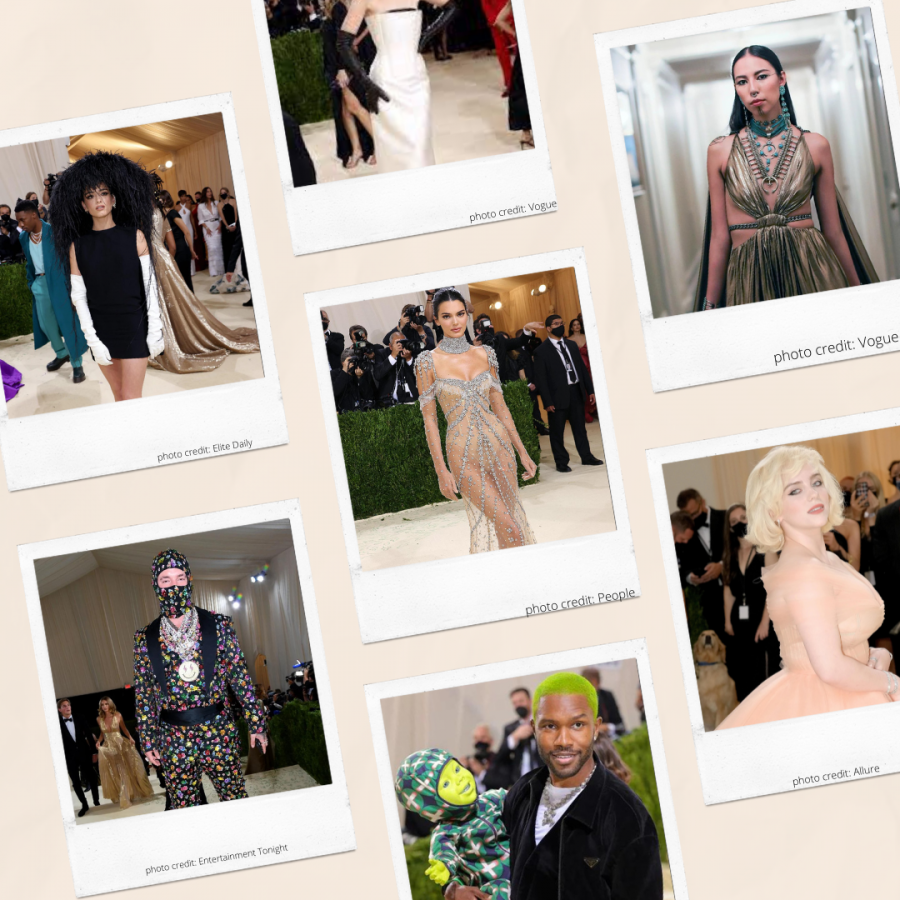 At the Metropolitan Museum of Art Costume Institute’s Met Gala, the worst thing isn’t for an outfit to be ugly, or strange, or campy, but instead for an outfit to be lackluster. The ball, held each year in New York City, is attended by a variety of influential guests, ranging from musicians to politicians. More importantly, it’s the biggest event of the year for anyone who’s interested in fashion, celebrity gossip, or social media – hundreds of the most famous people in the country, all in one place, wearing unique, expensive, extravagant designer clothing.

Each year, there’s a theme that guides guests’ outfit choices, though it’s often debatable how successful they are in actually adhering to that theme. This year’s theme was ‘In America: A Lexicon of Fashion’, or embracing the wide diversity of American fashion, and focusing on the emotion it inspires, as described by Andrew Bolton, curator of the corresponding collection at the Metropolitan Museum of Art. The number of people who followed the theme was questionable. Regardless of that, there were still some fantastic outfits, as well as a few more unfortunate ones (but what’s a Met Gala without looks to critique).

One of the most stand-out pieces was definitely model Kendall Jenner’s sheer, bejeweled, floor-length dress. Jenner created a false high neckline with a thick, crystal necklace, and the embellishments on her shoulders gave the illusion of sleeves. The dress itself had a simple silhouette, clearly not needing a shocking shape or strange cut to be striking, and the eye was guided outward smoothly with lines of crystals radiating from the center of the dress. The outfit pulled from classic styles, especially those of actress Audrey Hepburn, according to Jenner in an interview with Vogue, whose underpinnings which can be seen quite clearly in the final design. This was exemplified by the translucent white tassels on the neckline – they visually mirrored various styles of the past, but the outfit never stopped looking unmistakably modern.

Model and activist Quannah Chasinghorse attended the Gala wearing a dark gold metallic dress, complemented by jewelry of the same color, as well as blue pieces that stood out against it. The dress was made of a drapey, flowy fabric, and formed a knot where the bodice met the skirt. The low-backed garment was open on the sides, with a single braided detail of the same fabric bisecting those spaces, and a cape off of her shoulders that created a distinctive silhouette. Chasinghorse also paid tribute to her upbringing in the Navajo Nation with eye-catching turquoise jewelry; the intentionality with which she embraced her culture served as a poignant answer to the Gala’s theme.

On a completely different note, I found singer and songwriter Frank Ocean and the bright green animatronic baby he brought with him to be exactly what a Met Gala look should be: memorable. This outfit proved that accessories really do count; the rest of his outfit, a black onesie from his own brand, was relatively unremarkable, but the odd, alien-looking baby doll that he carried on the red carpet, which Ocean said was named Cody, made him stand out from the seas of black suits that make up much of the men’s fashion at the Gala.

One of the less stellar looks of the event came from TikToker Dixie D’amelio. She also opted to take inspiration from Audrey Hepburn’s iconic style, but did so with much less grace than Jenner. She wore a black dress with white gloves, and accessorized with an unusual-looking feathered hat. However, the arrangement of the dress and gloves seemed lazy instead of classic, especially at an event like the Met Gala. The hat, which was very large, and covered most of D’amelio’s hair, was composed of thin, black feathers that seemed incredibly out of place with the rest of the intentionally simple, sleek outfit. Ultimately, the lack of cohesiveness made this look fall incredibly flat compared to the style that inspired it.

Another outfit that failed to impress was singer J. Balvin’s floral-patterned suit, with black details, chunky jewelry, and a matching ski mask. It crossed the line from distinctive to chaotic, something that the bunched, lengthy pant legs, three-dimensional flowers, and ski mask contributed to. The plain black accents in the shoes and on the suit ended up making the outfit look even less coherent than before, instead of creating a well-rounded look like the designers may have intended.

There were many other notable looks at the show – Barbie Ferreira, Billie Eilish, Sienna Miller, Tessa Thompson, Gigi Hadid, Gabrielle Union, and Normani come to mind; but even many of the other, more unsightly outfits still left quite the impression.