The story of Black history, soon to be told? 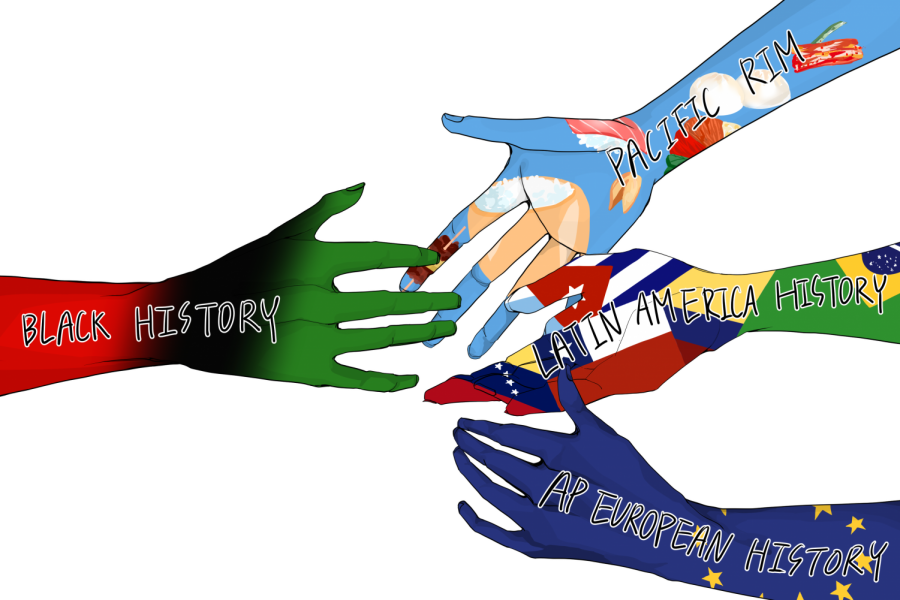 The proposal for a Black history class at South, an elective course which would highlight Black heritage, would be a great step to encourage racial unification within the South community, Jeannie Logan, instructional supervisor of the social studies department said.

Junior Harmony-Keli Tomety said that too often when Black history is mentioned, it is interwoven into other curricula instead of being highlighted on its own. In order for Black students to be represented, students must be given the opportunity to learn about the African diaspora and the success of African kingdoms before they were colonized, Tomety said.

“Often, when Black history is taught, there is no emphasis put on it,” Tomety said. “It’s important to understand that Africa had empires that thrived before they were colonized and that beauty was stolen.”

Further reiterating the importance of this potential course, junior Othandiwe Ngubane explained that it is important to focus on the true story of Black heritage: a journey of resilience despite inequality, instead of only focusing on trauma such as slavery, lynching and the Jim Crow era. Logan noted that the course would follow the people of Africa throughout history, and due to the curriculum, the course would be offered as a one semester elective for sophomores, Logan explained.

“[It] would have a strong world history focus, exploring the history of African people on the continent and people of African descent in the larger diaspora,” Logan said. “It [would] fit well with some of our other traditionally sophomore electives.”

Ngubane emphasized that students must understand that there is much more to Black history than colonization; therefore anyone teaching the class would need to understand the deeper meaning and drive class discussions surrounding this.

Logan agreed that if the course is approved, the teachers should be people who understand and have lived the Black experience.

“Ideally, the course would be taught by someone with lived experience whose identity could bring a depth to the curriculum and classroom experience,” Logan said. “I think we need to first decide if our department should offer this new course on its merits, meaning that this course would fill important gaps in our curricular offerings. Then we can grapple with the challenge of who would teach it.”

Prospective classes are proposed the fall before the year it would be offered, Logan said. However, before then there is a multi-step process to gain feedback.

“This spring we gathered student feedback through a couple of focus groups,” Logan said. “Next, a small committee of
social studies teachers [will discuss] if we should actively pursue a new course proposal. Then it would have to be discussed with the whole department and with the associate principal before submitting a formal proposal.”

Logan said that the conversation concerning the possible class began about five years ago, and now, with last summer’s racial unrest and the increased awareness surrounding police brutality towards Black Americans, many South administrators have taken a second look at the potential course.

“Given the cultural and political moment that we are living in, it is time to look at this issue in a new light,” Logan said. “When students have approached me recently, it has been in the context of the renewed protests over racial injustice.”

Tomety mentioned that education is key to understanding how to be respectful of cultures different from your own. One Black individual cannot be expected to be the spokesperson for the entire nationality and its history, she said. Tomety believes that if students are informed in school about the deep-rooted, complex nature of the African diaspora, it relieves some of the pressure put on Black Americans.

“It can be harmful to think that every Black person is the messenger of Black history,” Tomety said. “Students must be educated so when they go out into the world and meet people with different cultural and ethnic backgrounds, they are knowledgeable [of their history] and are respectful.”

Principal Dr. Lauren Fagel supports this prospective class. She recognizes how Black Americans have a very different experience living in the U.S. compared to white Americans.

“Our country, in many ways, was built during a time when Black people were enslaved,” Fagel said. “Clearly, we’re still dealing with the repercussions of that. This course could be helpful in terms of raising awareness with the goal of creating a more positive [life] experience for Black people.”

“It was pointed out that we have other courses that delve into cultural traditions and civilizations,” Fagel said. “[However], we don’t have a Black history social studies course.”

Many students are aware that there is a significant part of Black heritage that does not exist in syllabi, Logan said. This prospective class, if instituted, would begin to remedy the void of Black stories taught at South, Logan hopes.

“There is a hunger to learn more about Black heritage, the contributions of African civilizations to the movement of global history,” Logan said. “Students advocating for the course know there is a story that they missing out on, but they can’t articulate what that is. Therein lies the problem.”