THE BLUNT TRUTH: Marijuana, as the most widely used illicit drug in America according to www.drugabuse.gov, has been making headlines in 2014. South students discuss their usage and its effects on their body, schoolwork and lives. 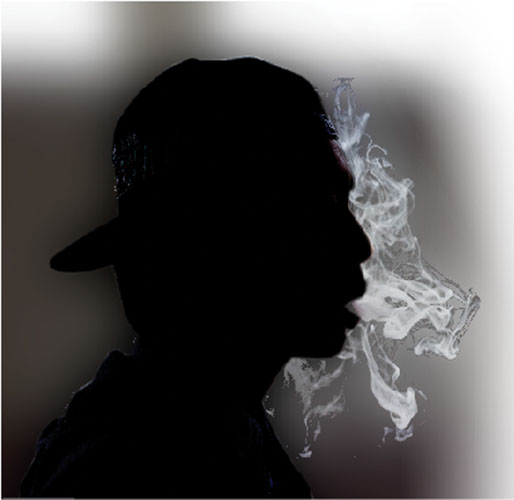 As the year comes to a close, 2014 may just be remembered as the year of marijuana. On the national and local scale, topics concerning the drug have headlined newspapers, magazines and reports all year long, ranging from ground breaking legalizations, to discoveries regarding medicinal benefits.

Marijuana, also known as cannabis, is a drug containing the ingredient tetrahydrocannabinol (THC), which is responsible for the euphoric feeling that is associated with the “high” received from the drug, according to the National Institute of Drug Abuse. Classified as a depressant, marijuana can be smoked, typically in the form of a joint or hand-rolled cigarette, or mixed with food and eaten.

Whether it’s experimenting at a party surrounded by friends, or simply a stress reliever at home, many South students have become familiar with the ‘gateway drug’.

Senior Sarah Lewis* began smoking marijuana during the fall of her sophomore year as a mechanism, she says, to escape the personal and family-based conflicts in her life but eventually stopped when she saw that the negatives outweighed the positives.

“When I first started smoking I could feel the changes in my body before the high, like my head, my eyes, my taste, […] my hearing became so much better,” Lewis said. “It was different senses activated, and as I’ve smoked more it’s like intensified them. I feel like when I’m high that’s when my thoughts are the most accurate of what I think, and like I get so creative. It’s like you’re on a whole different level.”

According to Lewis, her usage peaked later that year as she often smoked alone on weeknights. Following her frequent usage sophomore year, Lewis has since stopped smoking as often after noticing the harmful effects on her body.

“I stopped smoking because I noticed it affected my lungs, and I couldn’t breathe while playing [sports] or working out,” Lewis said.

Often times, students downplay the effects of marijuana in comparison to those of alcohol. Social Worker David Hartman attributes this to the lack of knowledge and awareness on both substances.

“I do believe that there is a general belief from kids that somehow pot is safer than alcohol,” Hartman said. “I wish that I could raise the level of concern about how dangerous pot smoking can be.”

“[I have] driven high before,” Cane said. “You hear a lot more stories about people dying from driving drunk [than driving high].”

While driving drunk may seem more dangerous than driving high,  Marilyn A. Huestis, senior investigator at the National Institute on Drug Abuse, reports that consumption of marijuana still affects driving capabilities due to the inhibition and delay in responsiveness and psychomotor skills. Although drunk drivers tend to speed and overestimate their capabilities, high drivers experience quite the opposite.

Lewis can attest to this, “I’ve driven high. If anything, I feel more cautious because I’m scared. But I do realize that I start to zone [out], and when I start to zone my foot starts to press on the gas more and so I speed, and it’ll take me awhile to realize like, ‘oh I’m speeding.’ The past few times that I’ve driven, I’ve just felt so tired and like wanted to fall asleep that I haven’t really been paying attention.”

Similar to the opinions on driving, some South students believe it is more acceptable to attend classes under the influence of marijuana than alcohol, but Hartman disagrees entirely.

“I get more creative after [I smoke marijuana],” Jones said. “I’m more calm and able to relax. I focus on my work and I also feel like I’m able to sort other things out and focus on the important key points the teacher tries to make, like in math.”

In contrast, Hartman believes that while being under the influence of marijuana, the user loses the sense of fear of vulnerability. The euphoria caused by the high of marijuana mutes and lowers the user’s level of constraint.

“Creativity requires some level of confidence or vulnerability,” Hartman explained. “If you’re stoned, you don’t have the same level of, ‘oh my gosh what if someone sees this painting?’ or ‘what if somebody hears me create this music?’ So I think you’re less inhibited, less worried about what others will say.”

“Going high to school [became] normal,” Moon said. “I might not focus as much, but I still get the work done. […] I’m more relaxed and quiet, and I like to observe people around me. Being drunk gives me energy, I’m more free minded. I can’t stay still, and I definitely can’t ever focus.”

Although Moon used to drink and smoke during the weekdays, she has since stopped after noticing the negative effects it had on her school work and attendance.

While the benefits of coming to class under the influence of marijuana may seem numerous to some students, so are the consequences. According to Ronald Bean, dean of students, by board policy there is a three step process. The first violation for being under the influence at any school-sponsored activity or at school is a 10-day suspension, with the possibility of a 5-day reduction of that sentence. The second or third violation is, again, a 10 day out-of-school suspension, and a meeting of the disciplinary review committee to look at all the facts of the case, and potentially the violator could be recommended for an expulsion from school.

Some students, according to the Oracle survey, also have chosen to use both alcohol and marijuana at the same time, creating a combination of the two substances, known as “crossfading.” Alcohol in the bloodstream hastens the absorption of THC, causing an exaggeration of the effects that each drug has on the body, according to the website, learnaboutmarijuanawa.org.

Lewis recalls a specific time when she experienced the effects of crossfading at a music festival when she decided to combine drinking alcohol with smoking marijuana. According to Lewis, the combination of the substances caused her to lose her memory of the events of that day, a term called “blacking out.”

“I thought my heart was going to explode,” Lewis said. “I felt like I was going to pass out. I couldn’t remember anything. That was probably one of the scariest moments of my life.”

According to a study conducted by Northeastern University, people who crossfade have an increased chance of getting alcohol poisoning, due to the antiemetic effect of marijuana that makes it difficult for the body to vomit. Due to the inability to vomit, the body is unable to expel the excess alcohol from the body and the risk for alcohol poisoning, as well as choking on vomit, increases.

According to Hartman, his major concern with combining marijuana and alcohol is the impaired judgment that comes with any form of intoxication. In addition, Hartman fears that the combination may cause the user to lose sight of their “limits” while using drugs.

“When you use [drugs], you’re less likely to use all your faculties,” Hartman said. “You’re more inhibited, you’re less afraid and have poor problem solving. If you’re accustomed to drinking, you know what it is like to drink a beer, you know what [your] body feels like. But if you’re stoned [as well], you don’t think to that same level.”