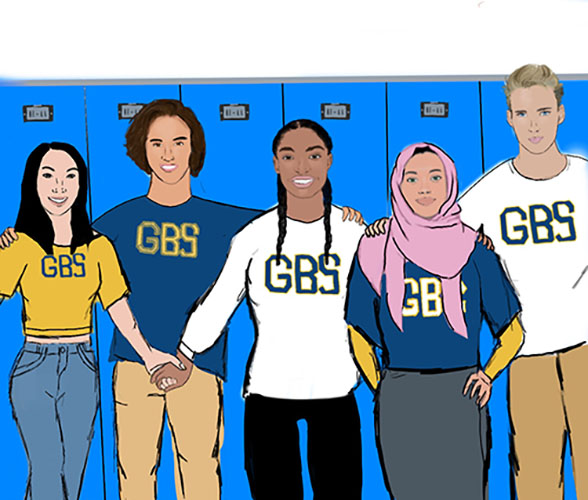 As your eyes scan over the repetitive rows of your history textbook, you read something that should stop you in your tracks. 10.7 million enslaved people arrived in America between 1526 and 1867, according to the Gilder Lehrman Institute of American History. There are many statistics, and none of them settle in your mind before you move onto the next line. You’re not learning them to seek meaning, but rather to memorize it for a test.

However, when you walk through the Legacy Museum in Montgomery, Alabama, the information about the domestic slave trade that sat in the back of your head from last school year starts to become more real. You stand face-to-face with a hologram of enslaved children behind bars crying for their mother and asking you where she is. Rows of shelves are lined with jars filled with dirt from lynching sites, the names, many unknown, and the dates of death printed boldly across the front.

When you weave your way through the hundreds of steel slabs engraved with the names of the more than 4,000 lynching victims and the dates of their deaths, you stop in front of the block for Orange County, Florida: 32 people were lynched on Nov. 2, 1920—and only one victim was known.

Thirty one South students from Black Student Union (BSU), Students Organized Against Racism (SOAR), and English Teacher Robert Wysocki’s freshman Honors English class visited the museum and memorial in Alabama on March 2. Later that day, students engaged in a discussion to reflect on what they had seen and to share personal stories and feelings. Many of the students on the trip were moved by the day’s activities as well as the group reflection. Senior Anais Ross-Rodriguez, who attended the trip through SOAR, says that once participants started to become more comfortable, people were able to open up about their own stories, experiences, and perspectives.

“Once people got the ball rolling, I saw more people willing to open up and they felt more comfortable,” Ross-Rodriguez said. “Being comfortable is really important in those kinds of discussions because you feel that you can speak and that your opinions are valid, which is important when you’re having discussions like that.”

The group included students of all grades and a variety of backgrounds, and the diversity of the group added to the depth and span of the discussion. After seeing how well students connected, the Oracle Editorial Board advises that the administration implement programming that enables the student body to engage in dialogue that emphasizes the importance of crossing divisional lines. These separations may include race, religion, political affiliation, gender, etc.

Through organic conversation, students were able to relate to each other, understand others’ experiences, and reflect on the role that racism has played in America as well as in their communities, as experiential learning involves students in deeper understandings of a topic and further engages students in the material.

The Editorial Board suggests that the administration designate part of one school day to allow students to participate in small group discussions. The group make up should reflect the diversity of South to ensure that a variety of voices are being heard. We recommend that a staff facilitator be present in each group to initiate and guide the discussion and encourage students to converse.

We advise that students be prompted to share their experiences and opinions in terms of matters related to the school and community environment such as race, religion, ethnicity, political affiliation, etc. Staff facilitators should monitor students’ discussions and ensure that a respectful environment is maintained throughout the conversation.

In addition, these discussions should be mandatory for students; this would guarantee a vast variety of perspectives present in each discussion. The goal of these small groups is to fuel positive change in our school and outside communities. After issues are discussed in the group, the agenda should move towards how each individual can address and remedy some of the issues brought up by peers.

A program similar to the one described above has been proposed by Challenge Day, an organization that aims to go beyond anti-bullying efforts by inspiring empathy among peers. The program addresses issues such as racism, homophobia, violence and other topics. This organization can be used as inspiration for South administration to implement their own version of programming.

The role of the administration should then be to listen to the issues that are raised and the proposed solutions that students discuss. From there, the school should plan and further action to combat any issues pertaining to the school environment.

There are a multitude of issues that students at South encounter every day, many of which are related  to ignorance of race, religion, sex, ethnicity, political affiliation, etc. The Oracle Editorial Board hopes that the implementation of the programming described can expand the knowledge of the student body and motivate students to work to become agents of change.