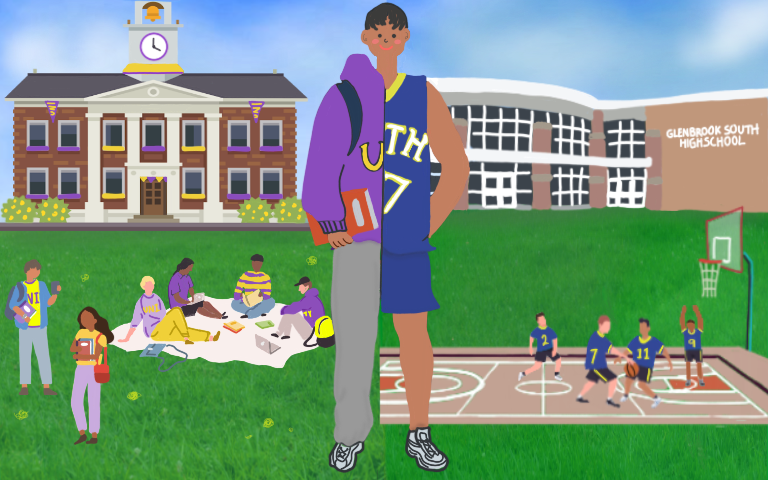 Graduating high school can be a major life transition, and for some seniors, graduating from their athletic careers can be just as difficult, senior Grace Hastings, varsity distance runner for track and cross country, said. For Hastings, leaving a sport she loved for years adds a layer of sadness to an otherwise exciting time.

Hastings said the worst part of retiring from her sport will be leaving her teammates, with whom she experienced friendship and camaraderie during her four years on the team. Those relationships are nearly impossible to recreate anywhere else because of bonding that comes from difficult experiences, Hastings explained.

“Being around others makes workouts much easier because you are all going through the same pain,” Hastings said. “That’s why the friendships I have made on track and cross country have been so special. It’s definitely a unique bond that you create while going through a hard experience together.”

Even though Hastings will not continue running on a team in college, she said that she wants to continue running to stay healthy. In the future, Hastings hopes to participate in 5ks, 10ks, or 15k runs without a college team, and eventually work up to a marathon.

“Having those races to prepare for will motivate me to work out when I don’t have a coach to motivate me,” Hastings said. “Even though the races are the hardest part [of cross country and track and field], it feels so good when you’re done racing. It’s such a great accomplishment.”

“[Swimming and water polo are] big time commitments, but they never felt like a task,” Heublein said. “[When] I get in the water after a bad day, I feel much better after practice.”

Heublein said she loved being on a team and  hopes to continue water polo at some level during college.

“To work together with other people and be proud of the accomplishments and records that you hit is really fulfilling,” Heublein said. “To be part of something bigger than yourself is such a rewarding feeling.”

The end of senior Spencer Brown’s basketball career was marked by his team’s success in post-season games. Brown credits his teammates for the fun he had during the season, and said that his teammates contributed greatly to his love of basketball.

“This past year went wonderful,” Brown said. “I was part of a very good team, and [it was] the most fun I’ve had playing basketball.”

Brown said that although he will not play basketball in college, he does not have plans to give up the sport just yet.

“I don’t think I’m ready to move on from basketball completely,” Brown said. “I will still play for fun, [I] still love to watch it, and I think it will be a part of me for my whole life.”

However, as Brown accepted the end of his South basketball career, he recognized that being an athlete is temporary.

“Everything has to come to an end at some point,” Brown said. “And whatever [anyone] decides to focus on will be even better.”