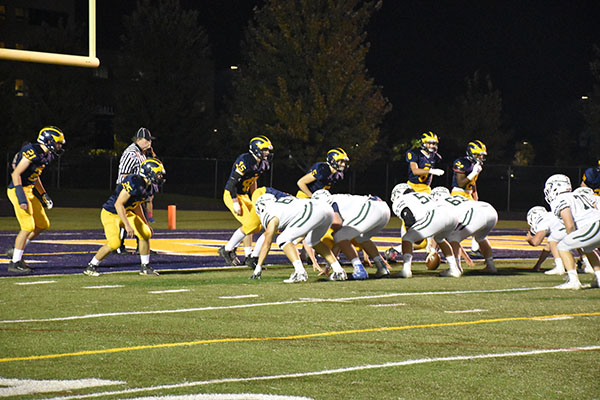 “This senior group’s leadership qualities [are different],” Garner said. “We try to make our younger teammates feel like they’re apart of the team. There’s more sense of unity in the team that the seniors try to build.”

On Oct. 27, The Titans played Barrington in their first round of playoffs. Chrones says the whole team was anticipating a tighter game, but Barrington proved to be too much for the Titans, handing the Titans a 48-3 loss, making it the seniors’ final contest.

“At times you will have things that don’t go your way, but our team specifically understood that and reacted on it in a positive way,” Garner said. “Being in the program for four years, and having played football before high school [is] hard to leave because you’re so used to the system and the great coaches and your teammates you grew up with.”