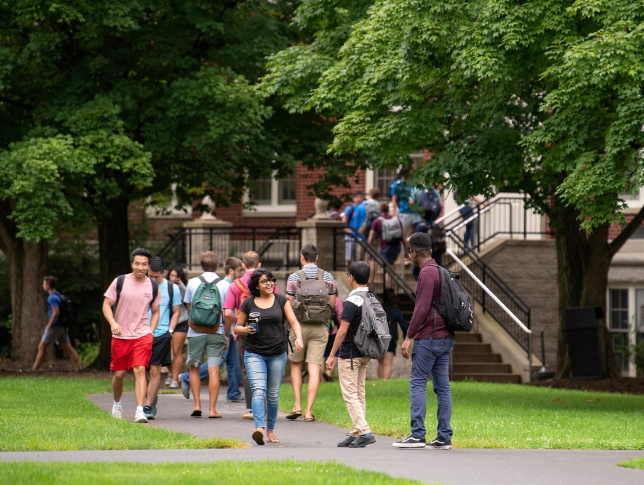 For many students at South, the college process begins junior year. Hours of research into different majors and visits to campuses across the country prelude completed applications and hopefully, acceptances.

In the midst of the countless facets of finding one’s “right fit,” cost is glaring. Frustration grows for students as selective universities continue to become more selective and tuition rises everywhere. For many students, especially those from lower-income families, the choice to attend college, or not, can be synonymous with entering into a lifetime of debt. When President Joe Biden finally announced his plan for loan forgiveness, he was met with both fierce criticism and heavy praise.

To preface, it is imperative to note that the proposed plan has not yet become a law. According to Tony Romm of The Washington Post, top lawmakers and conservative groups who deem the plan to be fiscally irresponsible and unfair to those who never attended college are already preparing law suits to block it. This possible protracted legal fight would create several divides – not only Republicans against Democrats, but also Democrats against themselves as not all in the party agree with the suggested framework.

However, if the plan does go into effect, the application is expected to be available by early October 2022. Those who have received a Pell Grant could potentially earn up to $20,000 – significantly more than the base of $10,000. The plan would include debt forgiveness for both undergraduate and graduate students, and some current students could be eligible. Furthermore, the income cap of individuals making less than $125,000 yearly would increase the share of debt forgiveness that flows to African American borrowers.

Notably, there are also concerns about the plan. First, benefits would not be available for every student loan borrower; only federally-owned student loans qualify which means that private student loans are excluded. Next, there would be a potential impact on inflation should students with forgiven loans increase their spending. The most significant worry is that in execution, the framework would resemble a tax cut flowing mostly to the affluent.

College graduate parents who have gone on to work at high-paying jobs then provide for their children to attend college and access the same affluence. Therefore, education debt is disproportionately concentrated amongst wealthier Americans. The elimination of the reality that higher-income people can access further education while less affluent families cannot is needed more than the limited benefits of loan forgiveness. There are numerous avenues to remedy this disproportionality, including: better-educating students about financial aid, setting up more emergency aid programs, prioritizing need-based grants, adding clarity to policies regarding financial aid eligibility, and integrating social services and financial aid.

Education is a human right and should never be determined by wealth.

Biden’s loan forgiveness plan is a great step, likely to ease the weight on Americans’ shoulders and slightly increase the accessibility of college education.

However, the fact that benefits of this plan would be provisioned mostly to higher-income Americans speaks volumes about the overall accessibility of attending an American university and the changes we must make to remedy the current economic divide.