How do we React to Disaster?

Does the media spread emotional trauma to its audience? 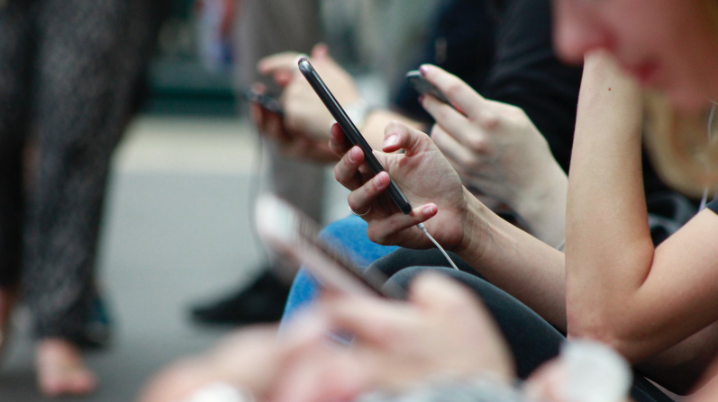 When I was about seven, I remember seeing a car crash by an ice cream stand. Lit in the dusk by neon-bright storefronts, the other children and I rushed toward the edge of the road to gather around two crinkled-up cars, to look at the gray metal collapsing in on itself. I hadn’t seen the actual collision – my head was turned, and I was squeamish about blood and loud noises anyway. Nevertheless, I stood there and looked, in awe of the mosaic of shattered glass scattered on the roadside. Once I felt I had seen enough, I walked away, went back to my pop-rocks-cotton-candy ice cream, and promptly forgot about it, for the moment.

On social media, there are a thousand car crashes by the metaphorical ice cream stand every second of the day, and it’s up to you to decide which one to look at. People are dying, people are suffering, people are begging you, “Please don’t scroll past this”. There’s a barrage of information and a barrage of misinformation, and it’s impossible to ignore either. The question is, how do we react to this unprecedented mass of graphic content? How can we react?

According to Media’s role in broadcasting acute stress following the Boston Marathon bombings, a research article published by the National Academy of Sciences in December of 2013, media exposure to disasters and traumatic events can cause acute stress, even in people not at all connected to the event. The paper, written by E. Alison Holman, Dana Rose Garfin, and Roxane Cohen Silver, surveyed the impact of the April 2013 Boston Marathon bombing on both direct witnesses and people who engaged with the media aftermath, comparing their levels of stress. The study concluded that people who watched news coverage of the event for extended periods of time suffered from just as much, and in some cases more, acute stress than people directly exposed to the bombing.

The answer, as to most things, is balance. Anne Marie Albano, Columbia University professor of medical psychology in psychiatry, suggests time away from news coverage, and doing one’s best to continue on with daily life amidst dramatic events. However, this is complicated in a world where the news is everywhere, and the social media that spreads it is part of the daily routines of many, especially young people. It creates an impossible dilemma: completely shutting yourself off from the world and the people around you, or dealing with constant exposure to tragic, graphic content.

In the modern world, many people don’t have to seek out the news; all they have to do is scroll through their social media feed, or click on a friend’s story to see images of catastrophic hurricane wreckage, of a devastating school shooting, or of orphaned children in Ukraine. There might be a donation link or virtual petition, but most high schoolers only have so much money to spend, and there’s only so much change that clicking a button on a website can make.

It may sound selfish to talk about the adverse effects of watching disaster from afar, seemingly the pinnacle of first-world problems while people are dying. But you ask yourself this: how much good is coming from this constant, unrelenting scrolling? Are you making change, or are you searching for control by seeking a quick fix to problems you cannot solve?

Nevertheless, you can only refresh your timeline and be shocked and disgusted so many times before things become just another part of the routine. Frequent exposure to violent or traumatic events, especially through social media, has been found to create a feeling of desensitization, according to the American Academy of Pediatrics. Because exposure has become so commonplace, many people no longer react to things that once would have been devastating.

I am in no way saying that you should throw away your phone, disavow social media forever, and cut all ties with the outside world; I’m simply suggesting that you consider what you’re reading, and what it’s doing to you.

Are you extending a hand to the people who are suffering, or are you just another child in the crowd, marveling at the car crash?