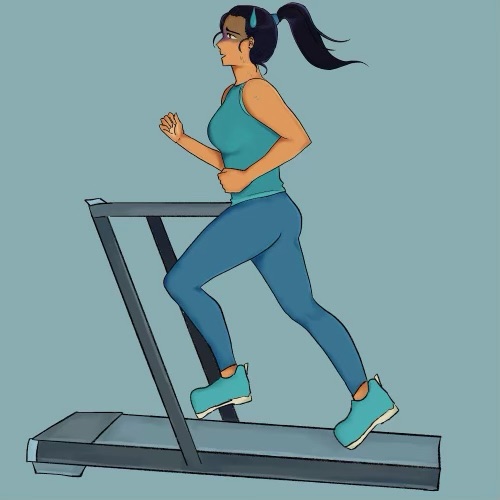 “I only slept for six hours last night.”

“You got six? I’ve only gotten four for the last week.”

You’ve probably heard it for yourself. This contest to see who slept less, who stayed up later, and who managed to drink the most caffeine in order to finish something. The contest is one that students frequently compete in, and the weird “I only slept three hours” brag is disturbingly common.

Relishing in the feeling of being more overworked or stressed than someone else is a little bit strange, but that hasn’t prevented it from being something that we’ve all heard or felt before. The need to be working, both figuratively and literally, all of the time, is not only miserable but unsustainable; It can leave you even more burned out and tired than before.

Work-life balance is incredibly important. Productivity for productivity’s sake isn’t always a positive thing. I’m more than guilty of it myself, but divorcing our sense of selfworth from the things that we’ve accomplished in favor of the way that we treat people is one of the most important things we can do for ourselves.

Simply put, it’s important to work sustainably. The time that we carve out for things other than “being productive,” whether that be time with friends or just time doing nothing at all, is often the most important of all.

Toxic productivity wasn’t a phrase that I was overly familiar with, and most of the definitions that I found were, admittedly, pretty informal, but the concept seemed all too recognizable. The Huffington Post defined it as “an unhealthy desire to be productive at all times, at all costs”, elaborating that it is just another way to frame ideas about “workaholism” or “hustle culture” that may be better known.

As soon as I tested positive for Covid-19, I started my quarantine with one thing in mind: to relax. Finals were out of the picture for me and the opportunity to spend my time doing nothing presented it- self. No homework, no studying, no flashcards.

Even while I was symptomatic, I couldn’t help myself. I felt exorbitantly guilty every second that I wasn’t planted in front of an AP prep book, managing to find work even where none existed. I was sleeping for 16 hours in a row, but for those eight hours that I was awake, I was making Quizlets and adding new flash- cards for units that I hadn’t learned, and for concepts that I was supposed to be learning in a few weeks. It took staying up until 2 a.m. to review for an AP test that wouldn’t occur until May to realize just how ridiculous I was being.

Work-life balance is a topic discussed amongst professionals a lot, but it is just as important for students. The need to be productive all of the time can be suffocating, as can subsequent guilt if you don’t accomplish everything on a given to-do list.

“Toxic productivity” doesn’t imply that productivity isn’t ever productive. It isn’t to say that periods of difficulty or strategically pushing your limits can’t lead to a lot of self-growth. Hard work is obviously important, and there is a lot of value in getting things done and really putting your mind to something in order to reach your goal. Just as being a “worker” is different from being a “workaholic”, being productive is different from becoming unable to remove yourself from schoolwork and creating healthy boundaries.

Obsessing with productivity, as I have been more than guilty of doing before, inevitably leads to negative ends. The tendency to overwork naturally leads to feeling tired or overwhelmed with all that you have to do. Sprinting too quickly on a treadmill results in getting too tired to keep running.

It’s also unhealthy. For example, a 2017 research study published in the American Journal of Industrial Medicine shows how working 61 to 70 hours a week increased the risk of coronary heart disease by 42 percent. Working 71 to 80 hours raised the risk by 63 percent. Whether it’s heart disease or a propensity for unhappiness, the desire to be the person who slept the least in the room can have a tangibly negative impact.

As tempting as it is to have a “grind doesn’t stop” attitude, the grind will, eventually, stop, and it is important to be in a place to mentally process that.

It is important to set boundaries for yourself and separate your self-worth or sense of accomplishment with your productivity. I’ve found myself too set on working all of the time to enjoy other things around me, and although finding “balance” is easier said than done, it’s an import- ant thing to find. It is that I’m working on finding for myself.

Preventing your life at work or school from bleeding into your enjoyment outside of it is important. It’s easier said than done, and it looks vastly different for everyone, but it is important none the less.

After feeling so guilty about being sick, I realized that more work doesn’t always mean better. Taking a break is one of the most important components in not burning yourself out and being overworked is nothing to brag about.