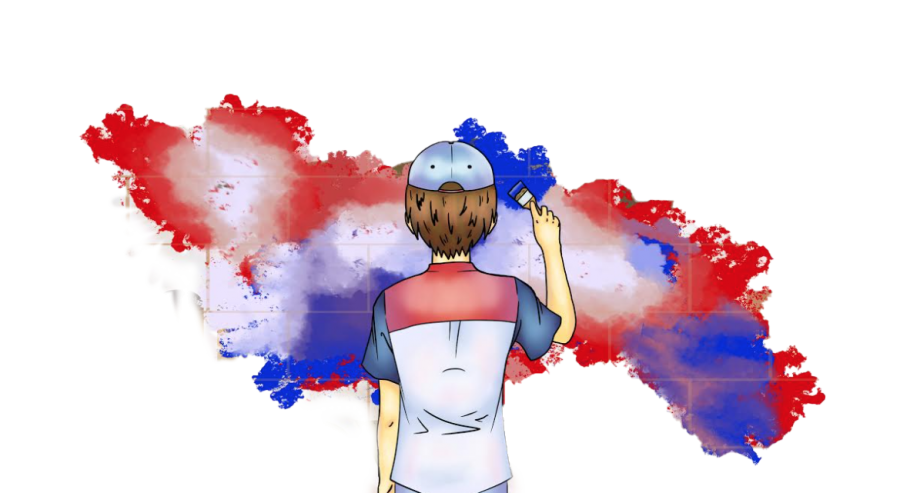 Every day. Like clockwork. Because it absolutely was clockwork.

I can’t help but be prideful watching the Olympics, feeling the same sense of accomplishment as if I was the one who had trained in the pool or pitch or platform.

I watch my fair share of fireworks on the Fourth of July and douse myself in bug spray just like everyone else, but that doesn’t prevent me from wondering if and when patriotism is really appropriate and in what forms.

Patriotism will never be a black and white issue. It is best to address it as the  deeply complex idea that it is rather than treat any skepticism towards relentless devotion to our country as an act of treason or betrayal.

If anything, the best thing you can do for your country is question its decisions and your displays of affection towards it.

This ambiguity about when and how we should feel patriotic remains regardless of who holds the coveted “Commander-in-Chief” title.

Following President Joe Biden’s inauguration, I saw an assortment of people tweeting that they were “proud to be an American” again, but I think, for myself and for many other people, the issues with the United States and its legacy run so much deeper than whoever happens to occupy the presidential office at a given time.

The United States has not always been a hero of history. Institutions such as slavery perpetuated inequality for centuries with tangible results in the modern-day. We tell the barefoot to pull themselves up by their bootstraps, and, as Dr. Martin Luther King, Jr. said, we favor “socialism for the rich and rugged individualism for the poor.”

Even having to use pronouns such as “we” and “our” in such a context feels deeply disgusting. Saying “our” when discussing great injustice and “we” in instances of mass mistreatment makes me want to do anything but don red, white and blue attire.

And yet, despite consistently exploiting nations with relaxed labor laws for cheap goods and exerting ourselves as an imperialistic force around the world, the United States has done good things and is home to lots of great people.

We are an incredibly diverse nation that has historically accepted large numbers of immigrants into our borders. We are a nation that fought against objective evil in World War II.

We are a nation that millions of people have given their lives to in both figurative and literal ways.

America has fought for freedom for many people and choosing not to participate in overt displays of national pride can feel disrespectful to those who have given their lives for this nation in the name of true good.

It is incredibly easy to be patriotic when your team is “winning” or doing something that you are proud of. Other times, it can feel like the life of a Bulls fan, tied to a team that is hard to root for due to geographic location.

I don’t hate America, but I hate a lot of the things we have done.

I love what we stand for — liberty, freedom, justice — but I hate how we have manipulated some of those ideals to justify the marginalization of large swaths of people. Deciding that certain displays of patriotism are or aren’t appropriate should be viewed as something as deeply personal as it is.

By no means am I stating that every person must kneel for the National Anthem and stay home on the Fourth of July, but those who do should be considered no less patriotic than those who don’t. When patriotism is obligatory, it’s meaningless.

If our goal is to improve the country, honest self-reflection about our nation’s actions should be celebrated and embraced rather than bitterly scorned upon. Patriotism is looking in the mirror, not painting it red, white and blue.

Truthfully, I am still unsure regarding what I’m going to do when I’m faced with the pledge of allegiance. I don’t know what I will do about the Fourth of July this year, but that is the thing about patriotism: it is complicated. It is impossibly nuanced with many moving, malleable parts.

And yet, that is what makes it so powerful.