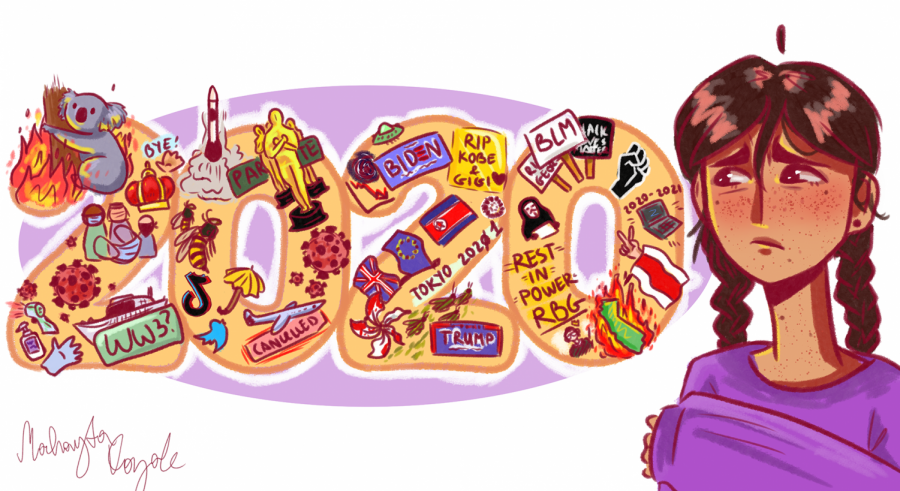 2020 is, for a lack of a better term, just plain old weird. I can’t watch a television show without getting upset at the characters for not wearing masks, only to realize that it was filmed years ago. I attend all of my classes on Zoom. The idea of going to a movie or a concert feels otherworldly and impossible. The skies of California are tinted orange and it barely cracks the top ten craziest moments of the year.

You don’t need to read my column to know that every event is “unprecedented” and every political update is “unlike anything ever before.” News segments and press conferences feel like they are describing an unfamiliar dystopia. Worst of all, they don’t even bother saying, “Live from New York, it is Saturday night” at the end of them like they used to.

It feels like people have taken to writing off the year itself. With each new event, the immediate response is that it can be accredited to the curse that is 2020. With each new crisis, it seems that the disappointment with 2020 re-enters the discussion, like the buzzing, murderous hornets that came with it.

As much as I feel upset with this year, I cannot help but think that the chalking up of a crisis to a set of 365 days is unproductive, as tempting as it is. Even though it can feel like it is “just another event of 2020,” the vast majority of the problems with the year are the result of neglect or tension that has existed for long durations of time.

California is not burning because the clock struck midnight in January; it is a result of a refusal to address climate change.

Similarly, the Covid-19 pandemic isn’t simply a result of 2020’s beginning. It is a result of neglectful policy, the consistent downplaying of the virus and civilians ignoring new rules.

Racial tensions in the United States have been simmering as a result of hundreds of years of discrimination and neglect for the cause. Systemic racism did not spontaneously appear in 2020 and it will not spontaneously disappear when 2021 begins. To say that recent examples of police brutality are isolated instances attached to an unlucky time span rather than the reality of modern inequality is a major injustice.

2020 has been an absolute drain on all of us, but if it doesn’t result in a serious look at the injustice and lackluster policy that shaped it, then the year has been wasted. Most of these problems won’t go away; many have the potential to get worse.

It feels like cruel fate that so many “once in a blue moon” snapshots have been pasted into the same ill-fated scrapbook, but this year needs to be treated as a reckoning. It needs to be approached as a learning experience. If we can’t recognize that the hardships of this year have real causes and consequences, then even when January arrives, 2020 will never end.