Reflecting on a career brought to an unexpected end 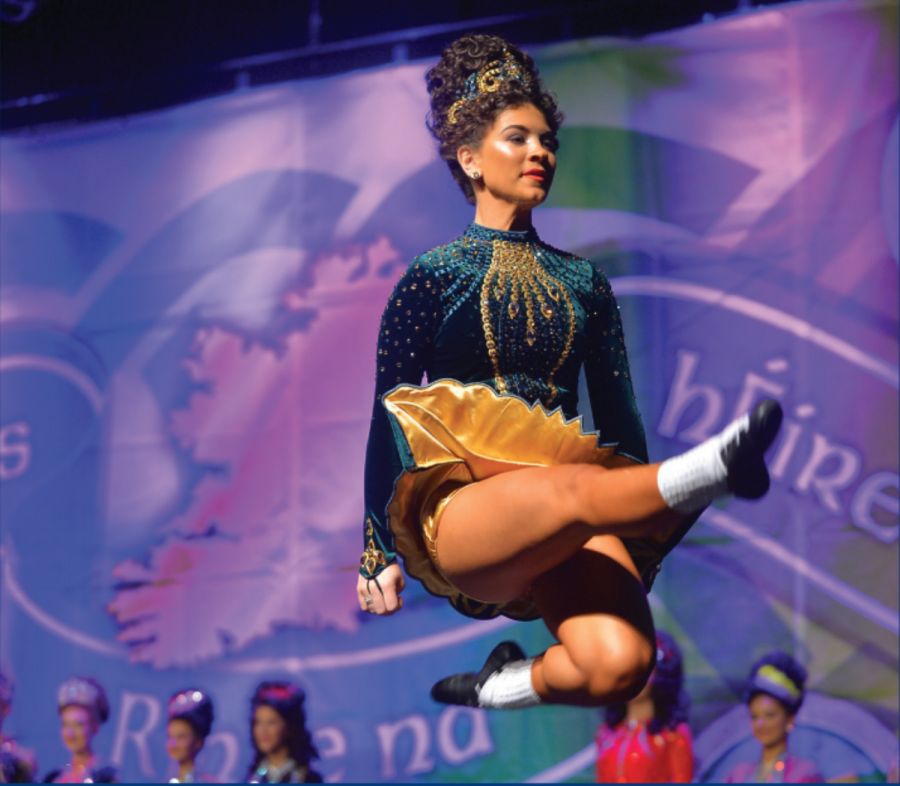 From then to now: Dancing through the years, senior Madaket Chiarieri leaps across the stage at her last competition ever. Chiarieri has Irish danced competitively since she was five years old.

This is the love hate relationship of an Irish dancer.

As I’m writing this and coming to the end of my school years in Glenview, I realize that I have been Irish dancing for as long as I have gone to school. That’s weird to think about having put as much time into something as important as school as I have into the sport that I, like I said, both love and hate with a passion.

And here I am, sitting in quarantine, with those 13 years of hard work thrown away. Just three months ago, I landed at O’Hare Airport from Ireland, where I had, in my personal opinion, a subpar performance at what would become my last dance competition ever. EVER! It’s a hard thought for me to grapple with, knowing I could have done so much better had I had the motivation of knowing it would be my last time on a stage in my crystallized dress and curly wig.

My last shot at the World Championships was canceled.

My last shot at the North American championships, the competition that I was preparing for as my last competition ever, was canceled.

As I reflect on my four years of high school, I don’t attribute my greatest achievements to things that happened at South. Of course, South gave me a high school experience like no other, pushing me to become my best self and introducing me to people I will never forget, but the As I earned in classes, being part of a third-in-state girls’ lacrosse team and getting into my dream school are not the biggest accomplishments in my mind.

When I was 12 years old, I went out to dinner with my parents and we talked about what my ultimate goal in Irish dance was: to be in the top 50 in the world. Yes, the world. In my junior year, I placed 14th at the regional competition to qualify for the Worlds, and later that year, I placed 46th in the world. My 12 years of hard work had finally come to fruition, and I had never been happier.

That is my greatest achievement of the past four years.

However, my Irish dance career did not end the way I hoped it would.

I hoped for a chance to achieve my goal twice. I hoped for the closure I was prepared for. Instead I’m attending Zoom dance classes in my basement and have an upcoming ankle surgery, courtesy of 13 hours a week of dance for years on end.

So thank you, Irish dance, for defining me for the past 13 years. Sadly, it’s time for me to find a new definition of myself.