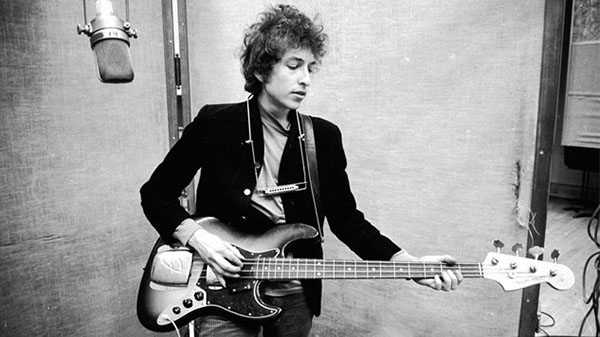 If you asked the average high schooler how they relate to Bob Dylan, you’d probably get a blank stare. After all, he just turned 78 years old, is the only musician to win a Nobel Prize and is considered the voice of an entire generation. Although he is revered for his musical impact in the ‘60s and ‘70s, his music is still relevant today.

Dylan has always been a polarizing figure in pop culture, known for his protest songs in the early ‘60s, switch to rock music in the latter half of the decade, then his love songs of the late ‘60s and ‘70s. Through all of this, Dylan has demonstrated an unmatched ability to weave relatable themes with vivid imagery of the world.

In the early ‘60s, Dylan benefitted from the shift in popular culture that saw the youth of society. Dylan was a kid from Minnesota trying to find a place for his ideas on issues plaguing the country, most notably civil rights. Dylan wasn’t alone; his generation began to protest the structure of American society at a profound level.

Dylan’s music became the soundtrack to these protests because the lyrics called for change and criticized those who didn’t accept it. The themes of these songs, such as “The Times They Are A-Changin,” fit just as well today, especially with Gen Z trying to find a place in the world.

However, the real masterpieces of Dylan’s work came with his rock music after 1964. Albums like Highway 61 Revisited,  Blonde on Blonde and Blood on the Tracks pair mysterious lyrics with hypnotic imagery. This era in his career set him apart as my pick for the greatest poet of the 20th Century.

Perhaps the most famous example of this was “Like a Rolling Stone.” The song is sung in an almost mocking tone at a girl referred to as “Miss Lonely” who fell from grace and had to find her way. This song is unrivaled in demonstrating human nature. Dylan taunts Miss Lonely for falling to the level of those she’d oppressed before saying that “When you ain’t got nothing, you got nothing to lose,” leaving the listener wondering if she was truly better off without her previous wealth.

One of the best examples of Dylan’s themed lyrics comes from “Visions of Johanna.” He describes a night spent with a girl, Louise, whom he couldn’t love because of the memory of Johanna, his ex-lover.

The song is pure emotion; while Dylan thinks of Johanna he notices “The ghost of electricity howling in the bones of [Louise’s] face/where the visions of Johanna had not taken [his place],” comparing himself to Mona Lisa in that he feels like he is on display. The song showcases Dylan’s ability to use imagery to present emotions.

Bob Dylan’s songwriting is legendary for a reason: it’s poetry set to music that appeals to human emotion. Dylan’s ability to demonstrate raw emotion in his lyrics is shared by very few. Experiencing Dylan is not exclusive to the ‘60s and ‘70s, for his themes are just as relevant today as they were then. Besides, it’s not our fault that we didn’t get to grow up with Dylan; you can blame that on a simple twist of fate.