Us shines with advanced cinematography and intense plot 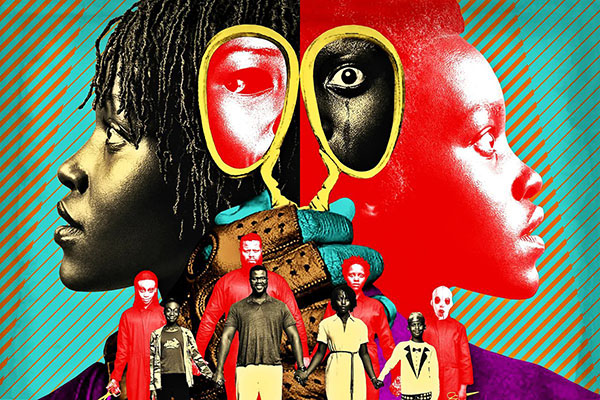 Jordan Peele’s Us follows a mother Adelaide, played by Lupita Nyong’o, as she spends time at her childhood beach house with her family, all the while reliving a childhood trauma— an encounter with her shadow, her doppleganger parallel— that occurred at that beach. Her constant paranoia becomes real when her shadow, named Red, returns for revenge on her and her family, along with their doppelganger family Peele’s work is both modern and traditional in its plot similarities to classic psychological horror films and its metaphor for modern conflict in the U.S.

Cinematographically, Us is a film that seems realistic and brings the viewer right in with the characters. The unique shots, complemented by the soundtrack, gives the film a tangible and timeless nature. Moreover, the several bits of scenes that lacked soundtrack gave the scenes an eerie yet relatable nature, keeping the audience on their toes as they would be in real life. The film was even more experiential in Adelaide’s acting as a surrogate character for the audience. Following Adelaide from a traumatic childhood experience to adulthood gives the audience the feeling that they are Adelaide herself, amplifying the realistic nature of this psychological horror.

The audience’s connection with the main character also becomes important in the end of the film (spoiler alert), when Peele reveals that Adelaide is really a “Tethered” who switched places with her real-world self on that traumatic night on the beach. The realization that the the audience has been following, favoring, and identifying with the so-called villain for the whole movie brings the audience to think of themselves as the villain and to question their distinction of right and wrong, a dilemma symbolized throughout the film.

The film alludes to the 1986 Hands Across America charity movement through numerous symbols. From commercial footage, to t-shirts, to the final scene of the Tethered standing hand-in-hand across the horizon, the symbols give the movement a direct link to the Tethered and a negative connotation.

The demonization of a movement that claimed to be progressive and passionately accepting further challenges the judgement of good versus bad, supported by common criticism of the movement: its being ignorant towards the actual prejudicial state of the U.S. Hands Across America was a “Kumbaya”, “We are the World” type of project that highlighted how the country should exist. This in turn negated existing prejudices within the country. Similarly, the U.S. has been dubbed as the “land of the free”, the Lady Liberty symbol connotes the U.S. as a safe-haven or paradise for immigrants, and the traditional and sometimes excessive patriotism within the U.S. often negates the lack of rights and lack of freedom that is an underlying definition of our country.

Though the film’s metaphorical nature and the plot elements that occur in order to emphasize that metaphor can be incredibly confusing, the true message Peele is trying to communicate can be easily boiled down to the film’s tagline: “We are our own worst enemy.” Amidst the symbolism, the criticism, the artistic elements and the plot, the audience has an overwhelming sense of being the villain, something Peele wants each member to experience. By eradicating a logical basis for judging good versus bad, alluding to the danger of ignorance that comes with American culture and patriotism, and the psychological nature of the horror film, Peele states that issues in modern American society cannot be pegged to one person nor group nor movement, but to the U.S., to Us, collectively.