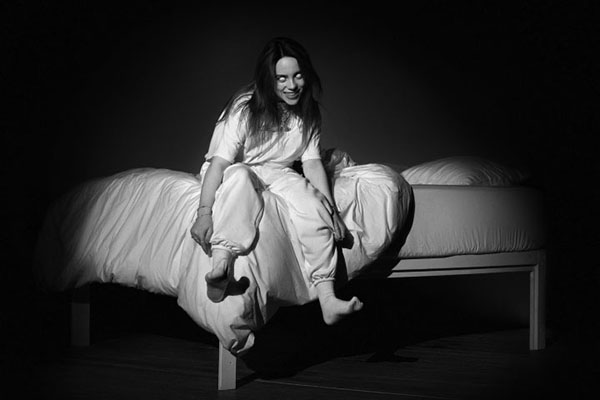 For some time now, Gen Z has been looking for someone to be their so-called “voice of the generation”— someone to relate to the way that the baby boomers connected to Bob Dylan or how Gen X saw Kurt Cobain. With Billie Eilish exceeding what were high expectations on her debut album When We All Fall Asleep, Where Do We Go?, Eilish has been vaulted into another stratosphere of stardom that might let her fill the role as the voice of Gen Z.

Eilish had already made a name for herself before her album release, with her stardom dating back to 2016’s “Ocean Eyes,” which was released when she was just 14. Eilish also recently kicked off her fourth tour, which started at the Coachella festival on April 13. However, the early success of the highly anticipated When We All Fall Asleep lets the young star add even more to her already impressive resume.

When We All Fall Asleep transcends genres, featuring elements of pop, hip— hop and electronic music. Eilish’s vocals are excellent, as is the writing on all 13 of the album’s songs. However, what really struck me was the production value of the album. Eilish’s brother Finneas, who co-wrote each of the album’s songs with Billie, produced the album and took the effort to another level with the record’s production.

The album’s highs have no real ceiling. “Bad Guy” is a phenomenal song, “My Strange Addiction” experiments with soundbites from sitcom The Office with good results and “Wish You Were Gay” flows very nicely. As a whole, the response to the album has been mostly positive, especially among Gen Z, of which the 17-year-old Eilish belongs to.

On the flip side, the album isn’t without low points. I’m not quite sure what the direction was on “8”, which featured a ukulele and Eilish sounding like she had just inhaled some helium prior to recording. In addition, I would not be the first to point out that the record’s penultimate track, “I Love You,” sounds a little too similar to Leonard Cohen’s “Hallelujah.”

It is worth noting that Eilish is a polarizing figure. She is very much in the “love her or hate her” group, and those against her will be quick to mention that she doesn’t musically extend beyond her vocals and songwriting. Despite this, Eilish is impressive in dealing with complex themes that are not easy to understand the way she does at her young age, such as quarreling with drug use on “Xanny” or religion in “All the Good Girls Go to Hell.”

There is no denying that Eilish is definitely moody in many of the album’s songs, which has grown to be one of her trademarks, and an on-looker unfamiliar with Eilish or the spirit of Gen Z as a whole might dismiss Eilish and her lyrics as the embodiment of Pete Townshend’s “teenage wasteland.” However, Eilish is relatable to today’s teens in every single song on the record. Eilish deserves the high praise she has gotten for her debut record, for it is not every day that an artist can provide an album this complete on their very first try.