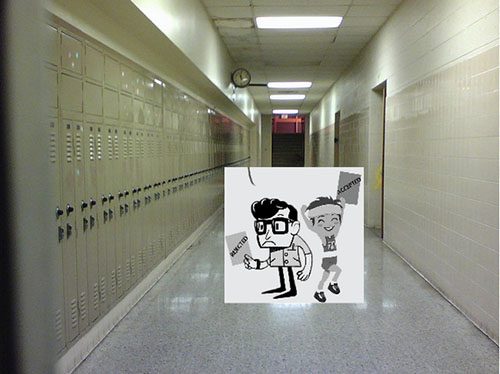 Time is the most precious resource in high school. I’ve spent mine slaving over textbooks, involving myself in what seems like every crevice of student activities and coveting the few hours of sleep I manage every night. Yet as I close out the college application process, I’ve learned that despite building up my resume and polishing my transcript, it seems like my chances of getting into a top tier university would have been better had I spent more of my time in the Athletic Department instead.

My sports career at South ended after two years of badminton. Though schools tend not to recruit for the almost nonexistent collegiate badminton league, I have become more and more envious of the elite student-athletes who have pursued an athletic career for a leg up on college admissions. While athletes deserve complete recognition for their unwavering devotion to their craft, they ultimately should not have an advantage in the college admissions process when academic achievement should take precedence.

I want to be clear: in no way am I saying that every student accepted on athletic recruitment is undeserving. In fact, I’d say the majority truly are. But for athletes who can’t reach the same academic bar but are still given leeway in their qualifications because they can run faster or jump higher than the most academically deserving student, college admissions works unjustly in their favor.

The problem is that importance of athletics in the university tier seems to parallel that of academics. Many schools tend to lower academic standards for students positioned to be top athletes at their institution. But for many students who have worked extremely hard to achieve a GPA or test score worth anything to the upper echelon of colleges, the fact that recruited athletes will never be held to the same expectations as their scholarly peers counters their hard academic work.

This so-called “athlete advantage” is not unheard of. According to an article published by the Huffington Post, many recruited high school athletes are 30 percent more likely to be accepted compared to non-athletes. A study at Princeton showed that recruited athletes gain an advantage worth nearly 300 SAT points in equivalence. Additionally, many Division 1 universities set aside nearly 20 percent of their freshman class for athletic individuals. While this may not apply to all institutions, it’s prevalent enough to demand recognition.

I understand that the physical taxation and time devoted to a varsity sport can be extremely difficult for student athletes, especially those that compete year-round. For many of these students, the choice between academic and athletic success is a no-brainer trade-off. But I have never been graced with the talent that would put me near capable to be a state champion of any sport, so why does this leave me disadvantaged when I am otherwise entirely qualified for similar level schools?

It’s tough to watch recruited athletes gain admission into top-tier schools while academic powerhouses can’t make it past the first round. College should be primarily about education and learning environments, with the social arena of sports and student activities coming second. When it comes to admissions, the educational bar needs to be consistent for all students regardless of their athletic prowess.