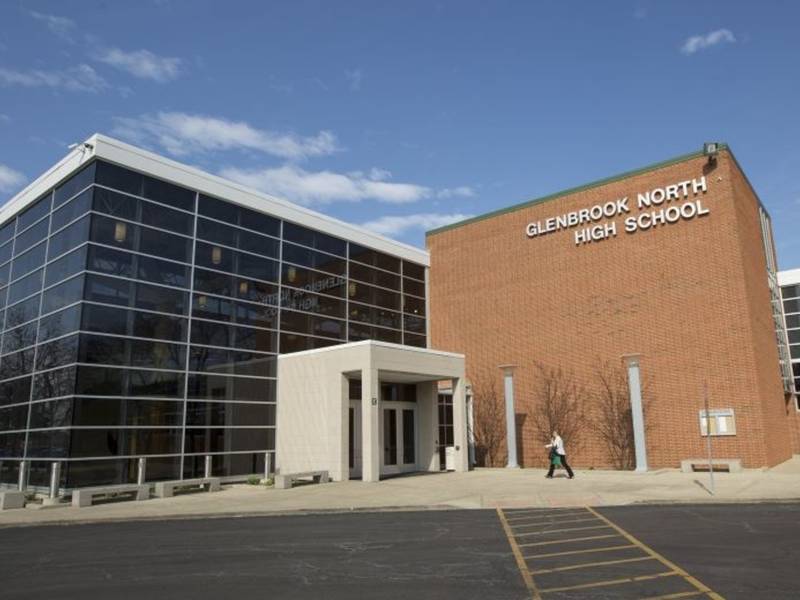 After finding a shooting threat on a desk GBN administration has instituted new security provisions for the time being.

For the past ten days, GBN has been facing security concerns due to a school shooting threat found written on a desk. The threat, which read “Shooting 10 03,” was discovered on Oct. 3 and, in response, has caused more security measures to be installed in the school.

A thorough investigation was conducted by North starting on Oct. 3, according to an email sent to parents, students and staff from GBN Principal Dr. John Finan. On the same day, hallways, classrooms and lockers were searched by staff. In addition, a mandatory bag check system for all students and visitors entering the building was implemented, comparable to what was instituted at South after a similar threat.

Finan sent out another email on Oct. 4, stating that the Northbrook Police Department would be providing an increased security presence at the school. As of Wednesday, Oct. 10, the police presence has remained at GBN. Along with this, student attendance has remained steady and extracurriculars have continued as planned, according to Finan.

The investigation is still underway, as the source of the threat still remains unknown. GBN administration urges anyone that sees something potentially dangerous or threatening to say something. Incidents can be reported by calling North at 847/509-2462, sending a text to 844/823-5323 with “GBN Help” or through the anonymous Spartan Concern Form.