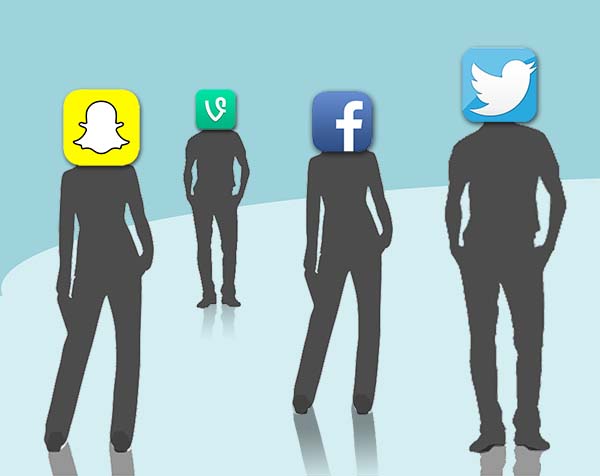 In the age of selfies, Snapchats and Skyping, recent correlational studies have revealed a connection between social media usage and mental health among today’s youth

As teens scroll through Tumblr accounts, post favorite photos, and watch the number of “likes” climb higher with each passing hour, the debate of media’s impact on teens’ health has become a topic of national discussion. Specifically, South students have found social media to have both beneficial and harmful effects when it comes to anxiety and depression.

Although it has not been scientifically proven that social media causes mental health disorders, studies are underway to determine the effects social media has on people already diagnosed with anxiety and depression.

According to the Huffington Post, Nicky Lidbetter, the CEO of Anxiety UK, believes that people that already have anxiety are more prone to experience negative effects from social media usage.

“If you are predisposed to anxiety it seems that the pressures from technology act as a tipping point, making people feel more insecure and more overwhelmed,” Lidbetter said.

Similar to anxiety, studies done by Dr. Kimberly S. Young and Robert C. Rodgers in CyberPsychology and Behavior indicate that levels of depression can increase with excessive personal Internet use. For example, clinical depression is often associated with heightened amounts of media usage.

“So let’s say that I’m texting someone and they don’t necessarily respond for a few minutes, and then I get a Snapchat from them or I see they posted something on the Internet,” Walker said. “My mind goes racing a million miles an hour about how they hate me. […] I can’t breathe. I get all sweaty. I just have physical repercussions. […] I can see what everyone’s doing and what everyone’s doing is stressing me out.”

“When you see something on social media you don’t get the whole story behind it,” Lawrence said. “You just see what the person wants to share with the public, and that’s not always the truth.”

According to social worker Jerry Zabin, it’s crucial to remember that what is posted or said can  have the potential to be internalized negatively based on the mental state their followers or friends are in.

Zabin has seen both the positive and the negative ramifications created by social media, and nonetheless acknowledges that social media is a one-sided practice where a given person can only see part of the other person’s life.

“A lot of times it’s a stilted view,” Zabin said. “So again they may see and look at all these people having such great times, and [thinking,] ‘here I am sitting at the computer.’ So, it can actually heighten feelings of lower self-worth.”

Similarly, social media has also impacted senior Lexi Devons*, who has lived much of her life with different forms of diagnosed panic disorders, phobias and depression. According to Devons, there have been instances when social media didn’t merely affect her anxiety and depression, but rather “triggered” it, such as seeing pictures of self-harm. However, Devons believes that social media has had an overall positive effect, for it gave her a “sense of community” that proved she was not alone in her mental illnesses.

“When I joined Tumblr, that was one of the first times that I realized there are a lot of people out there that feel exactly the same way I do,” Devons said. “It’s kind of uplifting to know that what you’re feeling is something a lot of people have gone through and overcome.”

According to Walker, the key to success in a world engulfed in social media is to be honest with the effects it has on teens as individuals, especially those suffering from anxiety and depression.

In nothing but a cropped, old-fashioned baseball tee, a pair of red and black cheetah-patterned underwear, and two gold chains, one on her stomach, the other around her neck, Beyoncé made one of her first public appearances following the birth of her daughter on the cover of GQ magazine in Feb. 2013. With toned legs, she still rocks the thigh gap; with large hips, she still manages a tiny waist; and with muscular arms, she still maintains a small upper body. In fewer words: she is the epitome of the majority of society’s idea of a good body.

With the prevalence of media in today’s culture, this perceived ideal body image creates a problem for much of today’s youth. While there are certainly other key factors that influence the epidemic of body dissatisfaction and eating disorder symptomatology, a number of recent correlational studies have shown the relationship between an increase in media usage and the increase in eating disorders among America’s youth.

According to webmd.com, eating disorders are defined as “psychological disorders that involve extreme disturbances in eating behavior”. The National Association of Anorexia Nervosa and Associated Disorders reports that up to 24 million people of all ages suffer from an eating disorder in the US.

During her sophomore year, senior Lexi Devons* suffered from anorexia nervosa, which is defined by excessively limiting caloric intake, causing an extreme drop in weight –  typically 15 percent below the person’s ideal body weight. According to nhlbi.nih.gov, the average caloric intake required for a girl of Devon’s age and activity level is 2,400 calories, about seven times more than the daily 300 to 400 calories Devons was taking in. After dropping from 110 pounds to 90 pounds, Devons decided to make a change.

“I used to be on the swim team, and I remember putting on my suit one day and being like really disgusted with how I looked,” Devons said. “And looking back, I was never overweight, so it’s weird to say it. But kind of from that day forth I was like, ‘I am not going to look like this anymore.’”

While struggling with anorexia, Devons explained that she often felt that no matter how thin she got, there was always someone on social media who was thinner. Keeping up with social media became a driving force behind her weight loss, a sense of motivation.

“I think I used social media to encourage myself to lose more weight,” Devons said. “I would follow anorexia blogs and things like that, where you would see girls who are just really thin and I would look at those and be like, ‘That’s what I want to be. That’s what I want to look like.’”

Like Devons, senior Caroline Kahl* has also struggled with body image issues. Kahl suffers from bulimia nervosa, an eating disorder characterized by “compulsive behavior,” such as purging or the use of laxatives following an episode of binge eating, according to webmd.com. Though her habits have varied since she developed bulimia in the seventh grade, Kahl has maintained a fairly regular habit of binge eating, followed by making herself vomit. Kahl believes her disorder stems from self-esteem and body image issues.

“I don’t think I’ve ever really liked the way I look,” Kahl said. “I remember being really young and not liking my body. […] I just [want] to do anything to be thinner. Like if I eat something and then look in the mirror, I just feel so fat and it stresses me out. Sometimes just the sight of myself grosses me out.”

As the emphasis of technology and social media continues to grow within society, and more specifically, within a high school setting, Kahl believes there are unrealistic, standardized expectations of what a girl’s body image should be.

“I just feel like for a girl, there’s such an emphasis placed on your body and what you look like,” Kahl said. “I think for a lot of teenage girls, [their body image] feels like one of the most important things, if not the most, about themselves. There’s just stuff everywhere, like magazines, on TV, or in movies, about what your body should look like.”

According to the National Eating Disorders Association (NEDA), the effect of media “appears to be stronger among young adults than children and adolescents. This may suggest that long-term exposure during childhood and adolescence lays the foundation for the negative effects of media during early adulthood.”

Although Kahl and Devons may have gone through different experiences, there was one commonality between the two – social media. For the two teenage girls, social media became one of the motivating factors behind their eating disorders. Kahl recalls one time in particular that she noted society’s obsession with body image.

“I remember this one time I was watching the Oscars with my mom when I was younger, probably like fourth or fifth grade, and one of the celebrities walked out in a backless dress and one of the commentators was like, ‘Oh my god, look at her back, it’s so fit.’ And I just remember feeling like, ‘Oh great, I need to worry about my back,’” Kahl said. “I just feel like every single part of a girl’s body is viewed in some way that there’s like a standard of beauty for it, like collarbones, hands, whatever.”

According to Kahl, she is still struggling with her disorder, but is hopeful to seek help in the future. Devons has since overcome her eating disorder after she broke up with her boyfriend, and has maintained healthy eating habits since then.

With the mission of preventing and curing eating disorders worldwide, NEDA encourages those struggling to call their toll-free, confidential hotline at 1-800-931-2237 to receive help.

*names have been changed