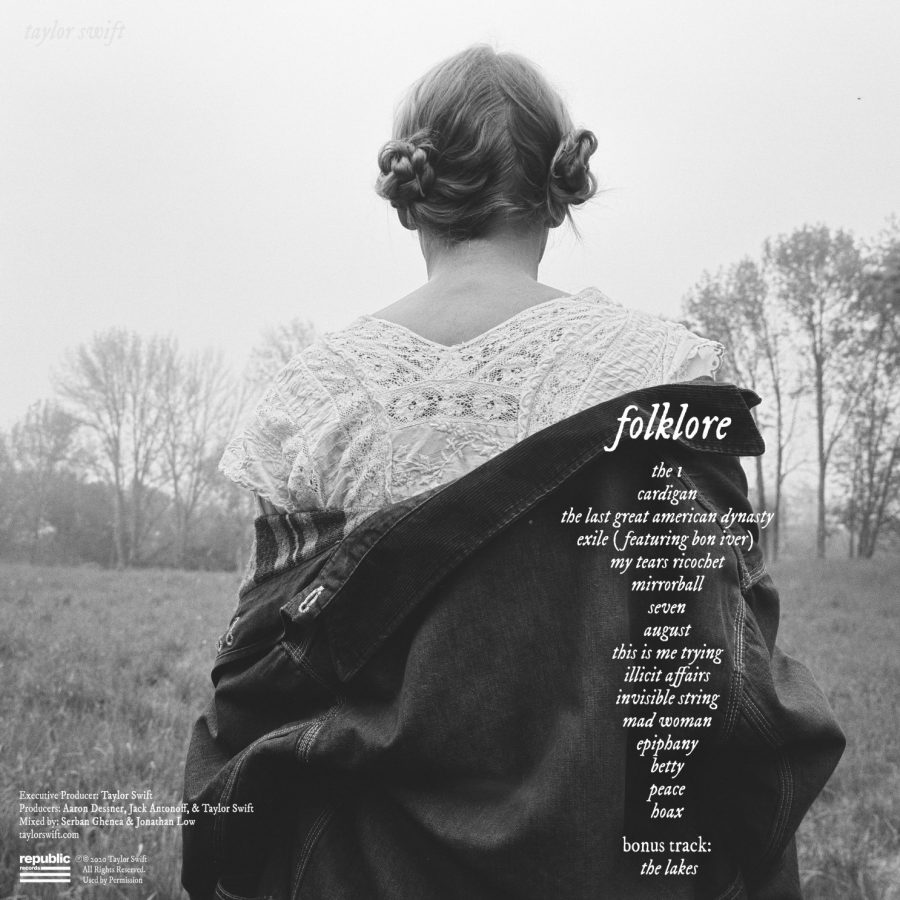 If you were to tell me earlier this year that Taylor Swift released an album in 2020, I would have thought you were crazy. In the past, all of Swift’s albums have been released two to three years apart, and Lover just came out in 2019. If you were to tell me that Swift did a surprise release, I would never have believed you in my wildest dreams. Swift has always opted for elaborate release schedules including singles and interviews to promote her album release months in advance. This album is a departure from anything Swift has previously done.

On July 24, Swift released her eighth studio album, Folklore, only 11 months after the release of her seventh studio album Lover, announcing Folklore less than 24 hours before its release. On her Instagram account, Swift mentioned that she wrote the album entirely during quarantine and the uncertainty of these times convinced her that a strategic release schedule was not needed: “Before this year I probably would’ve overthought when to release this music at the ‘perfect’ time, but the times we’re living in keep reminding me that nothing is guaranteed.” While Swift is known for her shift from country to pop, her new album adds another shift in style: pop to alternative music.

The album opens with the track “The 1”, which ruminates on what would have happened if a relationship worked out. Swift’s stellar lyricism outshines the rather simplistic production of this song. While I do like the song on its own, it is not the most fitting album opener she has ever released, but nevertheless, it gets the job done.

The highlight of the album occurs when Swift dives into three different perspectives of a teenage love triangle: “Betty”, “Cardigan” and “August”. “Betty” is told from the perspective of a 17-year-old boy, James, who is trying to get a girl, Betty, back after spending the summer with an unnamed girl. The song conveys an interesting story that culminates with an exciting key change that I wish I could hear for the first time again. Thanks to the harmonica and guitar that dominate most of the production, this is the most folk/country song on the album. This song has a different feel than her older country music; its added depth to the more somber elements of the album is well received.

“Cardigan” is told from the perspective of Betty, who is depicted as a more sophisticated and self-aware character. While “Cardigan” is probably considered the most mainstream song on the album, the unique production sounds, such as the clinking of cobblestone bricks, complement nicely with the lyrics. The producer on this track is The National’s Aaron Dessner, who worked with Swift on this song and the majority of the album.

Rounding out the triangle is the song “August”, which tells the story of a whirlwind summer romance with James from the perspective of the unnamed girl. The sound of the song is classic Jack Antonoff who has worked on every album of Swift’s since 1989 as well as with other notable artists such as Lorde and Lana Del Rey. “August” is one of the most beautiful songs in the entire album, and the nearly one minute of graceful instrumental at the end of the song perfectly captures what the month of August would sound like.

Numerous songs on this album are somber, solemn and lack optimism, leaving us wondering if there is any hope for the future. Until “Invisible String”, that is. Swift references her failed past relationships that we know all too well when she sings “A string that pulled me / Out of all the wrong arms, right into that dive bar”. “Invisible String” is about how even though she has gone through a treacherous journey, Fate has led her to happiness. Dessner’s elegant use of strings in the production makes this song one of the best on the album.

Folklore runs over an hour and because of the length, some songs get lost within the album. With an album of this caliber, there are really no inadequate songs, but compared to the other stand-out tracks on the album, “Seven”, “Peace” and “Mad Woman” are the ones I find myself either skipping over or just entirely forgetting about.

Overall, if you are looking for a pop album with a string of Top Forty hits, this is not it. Swift’s maturity seeps into Folklore through the diversity of topics and perspectives in her songs, and the new aesthetic is something worth checking out. Also, the style of music in Folklore represents the somber tone of our times; Swift may not stay in this genre of music post-Covid-19. In my opinion, Swift’s departure from writing basic mainstream songs such as “Me!” and “You Need to Calm Down” in her previous album is a favorable change for now.