“Everything is awesome” in The Lego Movie 2 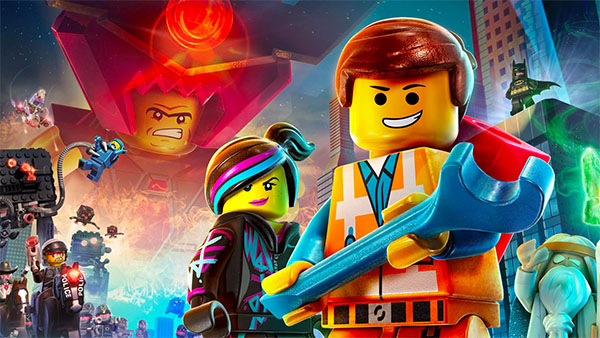 LEGO LEGENDS: Returning to the big screen once again, Emmet and Wyldstyle are faced with their greatest challenge yet. The Lego Movie 2: The Second Part debuted on Feb. 8, five years after the original movie release. Source: Rotoscopers

The Lego Movie burst onto the film scene in 2014 when it skyrocketed past the low expectations of moviegoers to become a critically acclaimed movie. The public tuned in again in 2017 to see The Lego Batman Movie which produced similar, high-scoring, results. And now, the tandem of Dan Lin, Phil Lord, Christopher Miller and Roy Lee’s The Lego Movie 2: The Second Part, matches the high expectations and quality of its predecessors.

The Lego Movie 2 takes place five years after the series’ first film and follows the basic plot of Emmet, voiced by Chris Pratt, trying to save his friends from the Duplo Legos and Queen Watevra Wa’Nabi, voiced by Tiffany Haddish, who had previously terrorized Emmet’s home city of Bricksburg. Eventually, the film comes full circle in a similar way to the original Lego Movie, providing viewers with a nice lesson and tying up the plot in a rewarding way.

Brick by brick, the sequel expanded on the magical universe built in the prior installments of the franchise. Warner Animation Group kept up the high quality of animation and continued to help the movie feel like it was a Lego set being built while also keeping it entertaining. Rarely is an animated movie able to drop in references that appeal to a large variety of age groups; somehow The Lego Movie 2 does just that. References to diverse topics like Radiohead, Die Hard and Abraham Lincoln kept me on my toes.

Being a movie marketed specifically towards kids, there are some jokes that are childish in nature, but they are balanced out pretty evenly with jokes with depths that frequently hit with the whole theater, not just the younger kids at the film. The musical numbers are also fun, and this installment followed up the last film’s “Everything Is Awesome” with “Catchy Song”, which did its job and was stuck inside of my head for days after watching the movie.

The real beauty of the film came in the sense of nostalgia it provides. Legos are engrained in American culture as a part of an American childhood. Watching The Lego Movie 2 almost made me want to whip my old sets back out and get building again. In addition, the film preached a message of togetherness just like its forerunner.

The movie also featured a remarkable sense of self-awareness, best seen through Chris Pratt’s other character, Rex Dangervest, which is a caricature of Pratt’s previous roles in Guardians of the Galaxy, Parks and Recreation, and Jurassic World, among others. Several members of the original’s star-studded cast returned, which was a plus, and fun side characters like Jason Momoa’s Aquaman and former professional basketball players Gary Payton and Sheryl Swoopes were a nice touch.

The movie was not particularly successful in the box office, likely due to a bit of an oversaturation in the market by recent Lego movies. The Lego Movie 2 is the franchise’s third film since the original Lego Movie’s release in 2014, joining 2017’s The Lego Batman Movie and The Lego Ninjago Movie. However, this should not be an indication of the movie’s quality. Lego Movie 2: The Second Part is my personal favorite of these three films and show that Lord and Miller, the film’s writers, are still producing great movies despite the amount of Lego films that have been released in the last few years.

The only real negative to the film was a bit of a dull patch around the movie’s second quarter, but overall The Lego Movie 2: The Second Part was entertaining. Once the halfway mark of the movie hit, I was hooked for good, and a couple songs and a plot twist or two later, I left the theater with a huge smile on my face.

With an impressive comedic sense and a heart-warming ending, coupled with excellent animation and music, the film, as a whole, is impressive. Though it wasn’t a contender for Best Picture at the Oscars, it is easily one of the top animated films I’ve seen since the original Lego Movie hit theaters, appealing to all ages and giving viewers a feeling of childish delight that can only be replicated by the original Lego toys.