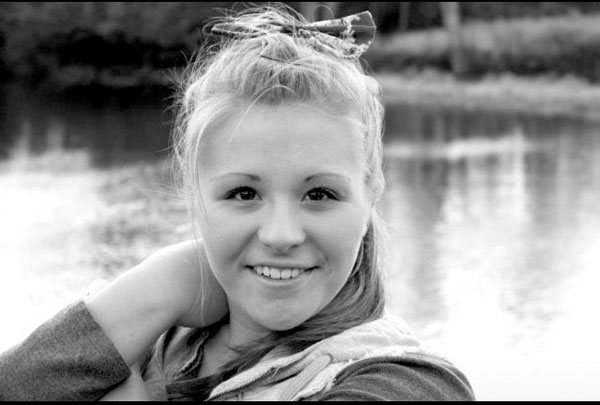 Junior Brandon Nakashima wrote six pieces of poetry and two short stories for the contest this year. All of them were honored, each one receiving a silver key regionally.

According to Nakashima, he was more satisfied with his success last year because he sent in fewer pieces but got a higher award.

“I was disappointed because last year I did better,” Nakashima said. “Last year I made it to nationals, and they select you [to have] famous writers read your stuff.”

Despite this setback, Nakashima said he is looking forward to next year because he can submit his senior portfolio.

South graduate Becky Holt wrote two poems for the contest and ended up winning a silver key. Her pieces were inspired by a spo- ken word poetry band and important events in her own life.

“The other one I wrote, the one I actually like a bit better be- cause it’s much more personal, it was actually an English assign- ment where we were supposed to write an essay about five things that really influenced our lives,” Holt said.

According to Holt, the poem of hers that won focused on her upbringing, her past relationships and the literature that has influ- enced her throughout her life.

With more experience behind her, senior Carolyn Kelly believed that she had a better sense of what to submit for the Scholastic Writ- ing Awards.

“This year, I could be a little more selective in what I sent, and I could make a portfolio, which is what you usually do when you’re a senior,” Kelly said.

Kelly won a regional silver for her portfolio this year.

“It was a really great feeling to start off the day with, knowing that all the hard work I put into it, writing and editing and putting it all together to send to the competition, had paid off,” Kelly said.

Sophomore Erica Gelman won a gold key in the regional con- test for two poems she submitted together. According to Gelman, both poems addressed themes such as the decay of relationships, although not necessarily in a romantic sense.

“When I write my poems, they seem more personal to me so I don’t think that they would be relatable to others, but I guess they were,” Gelman said.

Because Gelman won gold for her poems, she is qualified to be awarded nationally for the pieces. The national placing decisions will be announced March 17.

For senior Yeomin Kim, the contest was the first time she sub- mited to a competition. Her two pieces won silver in their cat- egories.

“I did it more for the experience of competing in a writing [competition] because I’ve never done that sort of thing before,” Kim said.

Although she came back with two awards, Kim did not expect her writing submissions to be so successful.

“I was looking more for just an honorable mention, probably,” Kim said. “It was a fun experience.”

Senior Mariya Yoshovska submitted a piece in an effort to earn a scholarship. She said that she was making every effort she could in order to help pay for college.

“My piece was about my second grade sister,” Yoshovska said. “I wrote it about when she first started first grade and how I felt re- ally sentimental. I just felt really sad because I realized that when I’m in college she’ll still be going through middle school.”

Yoshovska received an honorary mention for her piece “The Awakening Essay.” According to Yoshovska, she felt really lucky to win the award because it’s a huge part of Illinois.