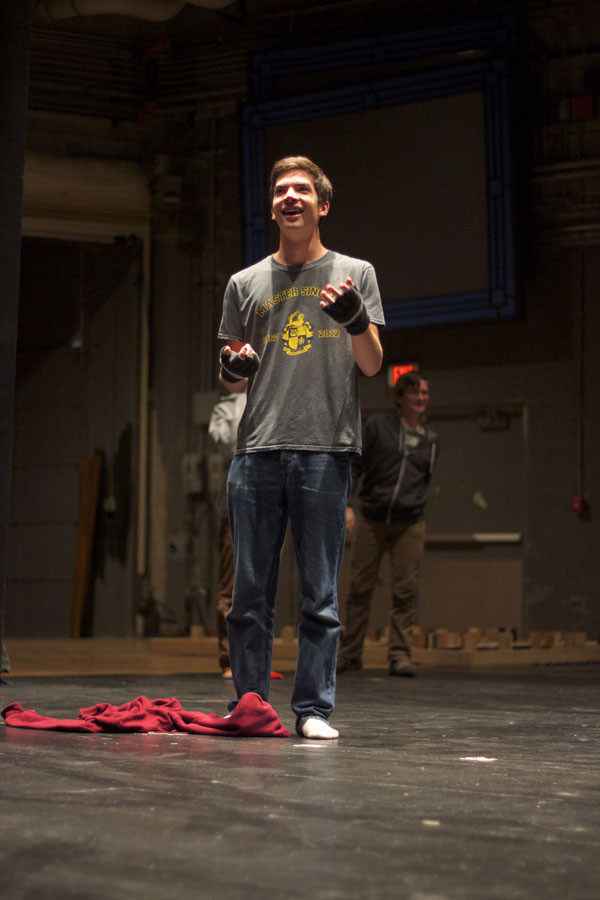 Senior Atticus Hebson has participated in 15 performances since his freshman year. He is involved in Spur of the Moment, Comedy Sportz, Chamber Singers, and he accompanies students with their Variety Show performances.

“It’s strange for me to go home at a normal hour,” Hebson said. “I’m very used to staying after school for long amounts of time, coming to school on weekends and things like that. [It] makes you feel like you’re a part of high school a lot more.”

According to Choir Director Marty Sirvatka, Hebson is a talented singer and composer who has written many pieces and arranged several songs for South. Hebson also won an award last year for one of his compositions.

“[His music ability] is one of the best I’ve ever seen in high school,” Sirvatka said. “He’s just a good singer and he’s got a great ear. He understands music theory better than most, and he hasn’t even taken any [Music Theory] classes here.”

Besides singing and composing, Hebson began acting in seventh grade at Springman Middle School. He found that putting himself in a different frame of mind by acting was something he liked doing.

“I just enjoyed getting to try to emulate something I was not,” Hebson said.

Hebson described feeling a mixture of excitement and fear before going on stage. One performance that has been a major moment in Hebson’s acting was when he played the cop in a Glenbrook musical, West Side Story.

“It was just really enjoyable to kind of lose control and suddenly be out there and then get to do that reaction,” Hebson said. “For me, it was the best five seconds of acting I’ve ever done.”

English Teacher Beth Ann Barber has very high praise for Hebson. She was the director of the fall play Flowers for Algernon, and was able to work closely with Hebson on many occasions.

“In the arts, [Hebson] has the best of both worlds because he’s so talented and creative,” Barber said. “He’s a good writer and he’s also extremely bright, so he’s a very rare and special person because sometimes you have one or the other, but Atticus possesses all of [those qualities].”

Even though many people view Hebson as a great actor, he wants to become a music teacher and a composer for large ensembles. Although he wants to act in the future, Hebson continues to aim for a career in music. Still, he feels sad knowing that his acting experience at South is coming to a close.

“You’ve spent countless hours working and perfecting [a show] and then it’s just done and you have to strike the set,” Hebson said. “You have to rip everything down. You literally destroy what you were working on which is an interesting experience, especially for the last show. Just knowing that [I probably] won’t be doing a play [at South] is kind of strange.”